EU to provide €10m for promotion of SMEs sector 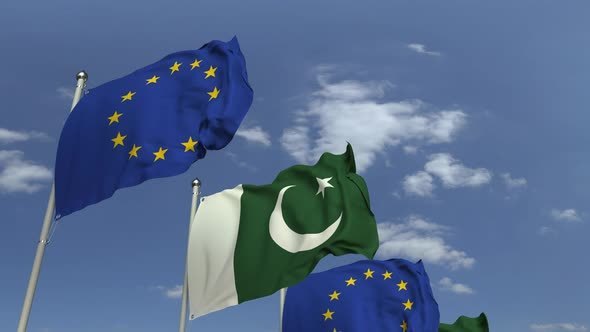 ISLAMABAD: Ambassador of the European Union to Pakistan Androulla Kaminara has said that the EU will provide 10 million euros to Pakistan for the promotion of four Small and medium-sized enterprises (SMEs) sectors included Gems Jewellery and mining, Information Technology, handicrafts & fashion wearing and travel as well as tourism.

She announced this while talking to the media after launching the EU-Pakistan Business Forum 2021.

“We have included four sectors (Gems Jewellery and mining, Information Technology, handicrafts & fashion wearing and travel as well as tourism) in the first phase and more sectors will be added with the passage of time.”

She also announced that the EU will also provide a 10 million euros grant for the promotion of the above-mentioned sectors.

The EU ambassador said that the European Union, as well as European Commission, will decide on extending the Generalised Scheme of Preferences (GSP) plus status keeping in view the progress made by Pakistan.

Pakistan has GSP Plus status till December 2023, Androulla Kaminara further said that the EU reviews the legal and other issues of each member country and if Pakistan meets the required standards, the GSP Plus will be extended.

The ambassador said that GSP plus has very positive effects on Pakistan as due to GSP Plus status, Pakistan exports to EU countries increased by 7.5 billion dollars and she does not see any difficulty in extending the Pakistan GSP Plus category.

She also said that the EU has reservations about issues related to freedom of expression, enforced disappearances and human rights in Pakistan. Pakistan is included in the list of human rights as per the last report of the European Union, she added.

Responding to one question, she said that she had a meeting with Pakistan’s Information Minister Fawad Chaudhry. “We discussed freedom of expression but I have not yet received any written draft regarding media which is under discussion nowadays in Pakistan.”

The EU Ambassador said that Pakistan has implemented 26 of the 27 points of the FATF Action Plan and will also fulfil the last points, responding to another question.

Earlier, the representatives of the EU shared with the above mentioned SME sector people about the benefits of GSP plus as well as availing the zero duty provided by EU on two-thirds of commodities.