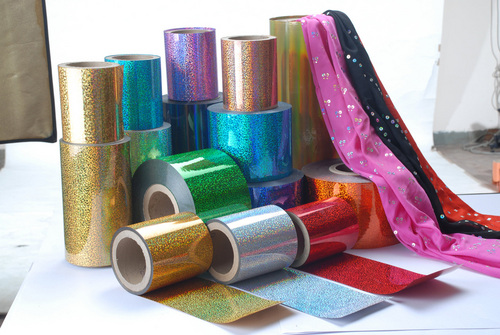 Pakistan Ambassador to China, Masood Khalid, on Tuesday, invited the Chinese companies to take advantage of investment-friendly policies of the government and invest in textile and garments sectors in Pakistan while addressing the representatives of about 76 Chinese companies at a road-show of Quaid-e-Azam Apparel Park (QAAP), Sheikhupura, here in Beijing.

“The government is focusing on the development of textile and garments sectors in Pakistan as it is considered to be the backbone of Pakistan’s economy,” said Masood.
Welcoming the Chinese businessmen and entrepreneurs, he added, “Your presence here not only reflects your confidence in the market potential in Pakistan but also shows friendship with Pakistan and its people.”
Providing the details about the project, he said that it is aimed at the development of textile and garment sector in Pakistan, which is considered to be a major contributor to Pakistan’s economy and Pakistan exports bulk of its textile products to China.

About investment and working climate in Pakistan, Masood informed that more than 90,000 Chinese nationals are already working on different development projects in Pakistan, adding that the government has taken special measures to ensure their safety and security.
While drawing the attention of Chinese companies toward the project, he said, the QAAP being established near Lahore is a big project which requires their attention.
He added, “We are looking for good contractors for executing this project aimed at making it a good quality project besides its implementation at par international standard.”

Furthermore, he said that  Pakistan’s government has offered special incentives for the investors including the Chinese friends and Pakistan enjoys the benefit of  strategic location and is linked with two big neighbors – China and India while it provides easy access to Central Asia and Africa.
He informed that cheap raw material along with hardworking

He informed that cheap raw material along with hardworking workforce and managerial teams are available besides profit margins are lucrative in Pakistan.
“We are working to modernise the development process and all the industries have been integrated,” he added.
The Ambassador said that major financial world financial institutions have expressed satisfaction over the performance of Pakistan economy and they termed it as strong and stable.
Project Director, Shahzad Sheikh said that the objective of the roadshow is to invite the international contractors to participate in the infrastructure development of QAAP project.
He said, ideally located on Lahore-Islamabad Motorway at the junction of Sheikhupura, QAAP is connected through a dedicated interchange on M2, with a network of national highways to create an uninterrupted link to all major cities, seaports and dry ports of the country.
A comfortable distance of 40 KM from Lahore, 55 KM from International airport and just 6 KM from Railways station together bring the project site more close to the international market, he added.

He said that the Aparel Park will accommodate 250,000 new employment opportunities along with setting up a precedent of empowering skilled women work force.
He said the garments produced by QAAP will be exported to Europe and Latin America at a huge scale, contributing Rs 5 billion to country’s annual GDP.