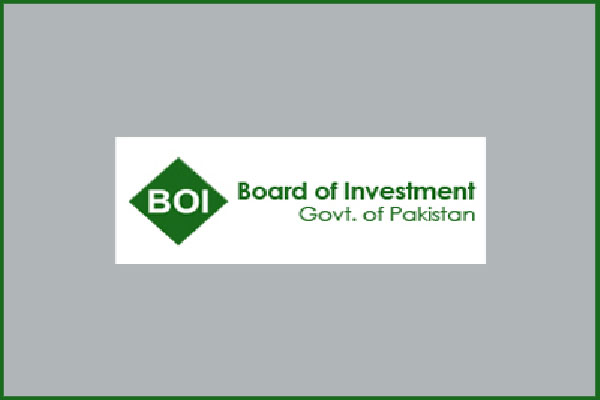 The Board of Investment (BOI) has achieved $1.3b foreign investment target set for the first three-quarters of the current fiscal year.

The spokesman said that SEZs investors would get the facility for plant and machinery import without customs duty and also 10 years tax holiday for investment by June 30, 2020. He added that the investors who would invest in SEZs after June 30, 2020, would get tax holidays for five years.

While replying to a question he said that 9 more industrial zones have been approved for the high-tech industry to enhance the export and employment opportunities in the country.He said the Cell has been furnished with the contemporary corporate style and will be equipped with state-of-art facilities.

The spokesman said that Joint Working Group (JWG) was also formed under Chairman BOI, Dr.Miftah Ismail for industrial collaboration. Coca-Cola, he said is presently contemplating a further $ 200m of green field investment, and expand Coca-Cola’s production and distribution capacity in Pakistan in Faisalabad and Islamabad regions. The company has already invested $500m during this year on the up-gradation of the existing plants in the country.He further said that Coca-Cola preferably intends to establish their units at Special Economic Zones (SEZ) in Pakistan.

The spokesman mentioned that Pakistan has one of the most liberal foreign investment regimes in South Asia. The Board of Investment (BOI) is fully committed to reviving the confidence of foreign businessmen to ultimately boost foreign investment in the country. He said that foreign investors were keen to invest in various sectors of Pakistan.