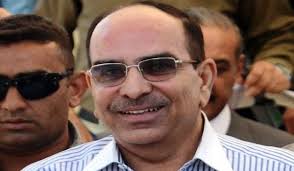 In a notice sent to the Pakistan Stock Exchange (PSX) on Tuesday, it was announced that Bahria Town has been given the go-ahead to acquire 71.16pc stake including managerial control in the Escorts Investment Bank (EIB).

The notice stated that an in-principle approval has been granted to Bahria Town to acquire the aforementioned stake in EIB subject to few conditions specified by SECP.

Share Price for the deal will be jointly decided and agreed upon by the managements of Bahria Town and EIB.

Malik Riaz, the owner of Bahria Town, had filed a fresh application to acquire 71 percent shares of Escorts Investment Bank in March 2017 after the primary regulator of capital markets, SECP had asked the Pakistan Stock Exchange (PSX) to “immediately rescind” the public notice issued on Feb 7, 2017 regarding the interest shown by Bahria Town in acquiring a majority stake in Escorts Investment Bank. The SECP had also directed AKD Securities not to publish Bahria Town’s intention to purchase the stake in the investment bank in newspapers.

SECP had objected saying, “No requisite approval has been obtained by EIB or its sponsors with regard to the potential acquirer/investor.” Furthermore, it had communicated that any potential acquirer of a non-banking finance company has to obtain prior approval of the SECP under the NBFC Regulatory Framework, including compliance with the laid down rules and procedures.

Escorts Investment Bank Limited may not be a well-known name anymore but as part of the once famous ESCORTS Group of Companies from Lahore, it once enjoyed good brand equity. The group, a multifaceted conglomerate with interests in Hotels, Manufacturing and investment banking was founded by seasoned businessman (Late) Bashir Ahmed. The famous or perhaps infamous Escort gardens host to Lahore’s wildest balls and parties are also owned by the same group.