Tetra Pak, a marvel of technology

Preserving milk, protecting it from bacteria – without the use of any preservatives whatsoever, Tetra Pak copies nature, its multiple layers of paper, ultra-thin plastic and aluminum foil acting like banana peel 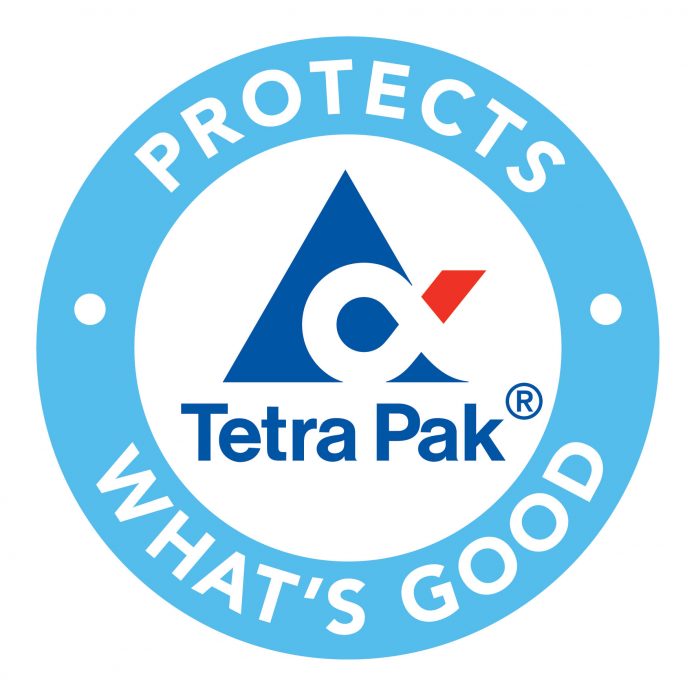 Presently the Managing Director of Tetra Pak Pakistan, a position he took up in November 2015, Jorge Montero joined the Tetra Pak group about 24 years ago, way back in 1993 as the Finance Director in Germany. Three years later, he was posted to Lausanne, Switzerland, for a longish 11-year spell – looking after several regional finance functions, with the last three as Vice-President Finance for Global Market Operations. In 2007, Montero was named Managing Director of Tetra Pak Italy, andfive years later in 2012 in a similar position in Mexico.

In this interview, Tetra Pak Pakistan Limited managing director Jorge Montero gives a lowdown not just on his company but how the country, already having the distinction of being the fourth largest milk producer in the world, can become a major global exporter of dairy products if its potential is appropriately harnessed, in the process becoming ‘white gold’ in terms of foreign exchange earnings.

Tetra Pak Pakistan, he divulges, pumped in US$100 million in 2011, investing in a state-of-the-art packaging manufacturing facility which is the most advanced globally, to cater not just to Pakistan’s present requirements but is also exporting material to a vast array of countries.

Here are some of the excerpts:

Profit: How important is the Pakistan market for Tetra Pak?

Jorge Montero: Pakistan is an important market for Tetra Pak not only in the region but also globally. Given its huge population base and the fact that Pakistan is the fourth largest milk producer in the world, the country represents a substantial growth opportunity. This is why with an investment exceeding US$100 million, in 2011 we established a brand new, state-of-the-art aseptic packaging materials manufacturing facility in the Sunder Industrial Trading Estate, near Lahore. This is the largest Tetra Pak factory in South Asia/Middle East, and one of the most technologically advanced factories in the Tetra Pak system globally. It not just meets but exceeds all applicable local and international regulations and standards relating to best practices, safety and the environment. The factory has the following certifications: ISO 9001: Quality Management System; ISO 14001: Environment Management System; OHSAS 18001: Occupational Health & Safety Management system; FSSC 22000: Food Safety Management System and ISO 50001: Energy Management System.

Profit: What is the production capacity of this factory and will it be sufficient to meet the needs of a fast-growing sector?

JM: This is Tetra Pak’s long-term investment, based on a positive outlook for the future growth of the dairy and juices industry in Pakistan. The factory has a capacity to produce eight billion packs annually, which is more than enough to meet Pakistan’s current demand of approximately six billion packs, while leaving enough capacity for exports and future growth in domestic demand. Already packaging materials from the factory are being exported to several countries, including Iran, Afghanistan, South Africa, Australia & Indonesia just to name a few. Additionally, the factory has the capacity of doubling its production to 16 billion packages in the future if it is required.

Profit: As a packaging solutions provider, how are you helping the food industry to grow in Pakistan?

JM: Tetra Pak is operating in over 180 countries and introducing modern technology and best practices of food processing and packaging is the essence of our business. One of our four core values is ‘customer focus and long-term view’, which emphasises establishing a system that focuses on the needs of our customers, creates opportunities for innovation and long term sustainability.

So in reply to your question I will say that our many business partners in Pakistan and across the world have benefited from our business, as we too have benefited from partnering with them. Our sharing of knowledge, experience and expertise in technology, good governance and best practices has been a regular practice with our customers, our vendors and suppliers and others in the supply chain, along with the trade, research institutions, academia, media, government, private sector entrepreneurs and businesses, and other stakeholders.

In some cases, we go even beyond our immediate business contacts and have invested in the education and capacity-building of dairy farmers around the world at the grassroots level – where the dairy story starts and which is the foundation of future growth of the industry.

Profit: What is the potential of the dairy industry in Pakistan?

JM: Pakistan is currently the fourth largest milk producer in the world in terms of volume. But the yield per animal is among the lowest in the top milk producing countries and the infrastructure in terms of milk collection is under-developed. Milk production has the potential of manifold increase, if modern scientific methods of dairy farming, collection and milk processing are adopted. The sector has the potential of becoming a major foreign exchange earner for Pakistan, through the export of packaged milk and value added dairy products like butter, cheese, creamers, milk powder and other dairy-based products. Ultimately, it can become white gold for the country.

Profit: As a member of the Pakistan Dairy Association (PDA), what in your view is being done to develop the dairy industry?

JM: Dairies with support from Tetra Pak and other stakeholders have already set the ball rolling for the modernization of the dairy industry. Extensive on-going dairy farmer education is improving both yields and the health of milk animals. The introduction of a cold chain direct from the farmer to the processing plants has meant much greater quality control, and a significant reduction in losses through spoiling and wastage. More and more modern dairy farms are being established and all stakeholders are collaborating well to continue the progress. Yet a lot more needs to be done and here I would say that the media too must play an important role in creating greater public awareness of food safety issues relating to milk consumption.

Profit: There was a lot of negative talk about packaged milk; how it did affect your business?

JM: Though initially the petition filed in the Supreme Court about the low quality of milk available in the market generated some negative conversation around packaged milk, we feel that eventually it validated our customers when the apex court declared on March 9, 2017 that all Long Life (UHT) milk brands are fit for human consumption based on the report filed by the Punjab Food Authority (PFA) after conducting quality testing.

Both the PDA and Tetra Pak jointly worked towards removing misperceptions wrongly associated with the milk in Tetra Pak packaging, by educating the public about how our milk processing and packaging technology is designed to keep milk safe without the need for any preservatives to be added. Tetra Pak packaging material is constituted by a paper base, laminated with ultra-thin layers of plastic and aluminum foil. These layers protect the product from the damaging effects of microorganisms, air and sunlight, which lead to food going bad and losing critical nutrients such as vitamins.

In this regard, the Tetra Pak carton is a marvel of technology which copies nature in the same way as a banana peel protects the fruit inside, the carton guarantees that there is no ingress of bacteria that cause food to go bad. Thus, the food product inside needs no preservatives to stay good for a long time, but will go bad once opened just like a banana once it’s peeled.

Profit: Do you think consumers trust in UHT milk brands?

JM: Consumers are smart enough to make the comparative analysis of the products available in the market and make healthy choices for themselves and their families. For the readers’ information, I would like to add that our customers, take great care to ensure the quality standards of their milk. They have modern labs with broad testing capabilities and experts to continuously check milk quality from the point of collection to the point of sale. Packaged milk is fully traceable and its quality can be verified at any time by regulatory authorities as is now being done by the PFA on a regular basis. In comparison, loose milk undergoes none or very few testing procedures and in most cases the milk cannot be traced back to the producer.

Profit: How can we be sure that Long Life (UHT) packaged milk is natural?

JM: For the last 50 years, Long Life Milk (UHT) has become a regular staple in families’ homes across the world and can be termed as the most innovative technology used in liquid food process. Today the majority of milk consumed in countries such as France, Spain, Italy, Turkey, Brazil and China among others is Long Life (UHT) milk. In the UHT process, milk is heated to a high temperature for a few seconds and quickly cooled. This pasteurization kills all harmful microorganisms. As the process is very short in time, the nutrient value of the milk is maintained.

The process and the subsequent packaging completely prevent the milk from contact with bacteria and light thus providing it with a long shelf life without refrigeration. Similar to canned foods, once the carton is opened and the milk interacts with the bacteria present in the air, it needs to be refrigerated and consumed in a few days.

Many people are also not aware that when boiling milk over several minutes at home to kill the bacteria, most nutrients are destroyed which compromises the health benefits of milk. Since long life milk has already gone through a controlled boiling process, there is no need to do this, so this milk is very safe and most healthy.

Profit: The packaged milk is said to be not being as healthy as loose milk, as a consequence one cannot make yogurt or cream from packaged milk:

JM: To ensure the same taste and nutritional value, a process called homogenization is used wherein all the fat, vitamins and minerals present in milk are combined to ensure the same fat and nutrient content throughout. This process makes every drop of milk equally nutritious. It is also the reason why on boiling packaged milk, cream does not emerge on the surface as it does in ‘loose’ milk – because cream has been blended with the liquid.

Yogurt and cheese both require a certain bacterium to ferment and packaged milk does not have any live bacteria before the package is opened. Once opened, you may need more yogurt or more time to allow for this fermentation with packaged milk.

Is it possible to devise an effective tax regime for the emerging asset class?
Read more
FEATURED

Are withholding taxes holding back businesses?

Pakistan’s Federal Tax System is a huge puzzle that seems to get more complicated as the time passes. In the last 2 years, 5...
Read more
FEATURED