New York flights should have been terminated years ago: PM Abbasi 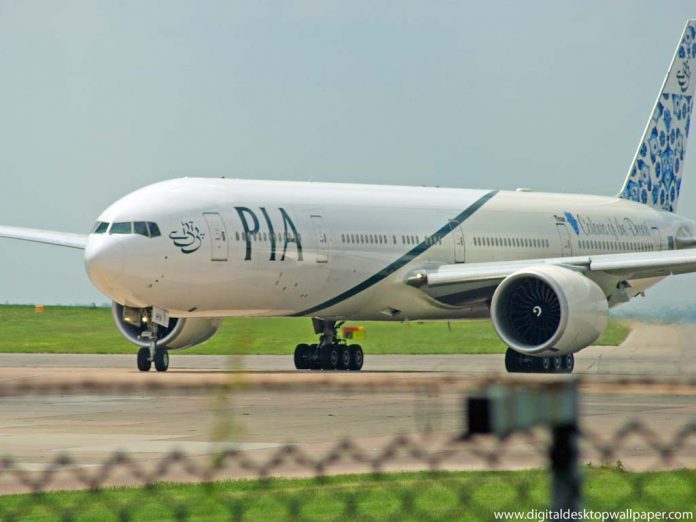 LAHORE: Prime Minister Shahid Khaqan Abbasi said that the cessation of Pakistan International Airlines’ (PIA) flight to New York should have been done three years ago. While talking to media persons in London PM Abbasi rejected any possible links with AirBlue and said that the decision was not influenced but was based in the best interests of the national airline. He added that AirBlue had no plans of starting flights to America.

It was reported earlier this month that PIA was going to suspend its New York flight operations by December and bookings had already been minimised by 50 per cent.

A senior official said that reservations for PIA flight PK-721 from Lahore to New York have already been stopped since October 10 but flight PK-711 was still available in the system as of October 07.

It was reported the New York sector was making a loss of over Rs 450 million annually and the route was not even meeting its Direct Operating Cost (DOC). Sources within the airline said that this was due to poor marketing policies and service. They added that other foreign airlines were running daily flights to New York with good meals, in-flight entertainment and cheaper fares.

A senior official added that the failure on part of the current PIA CEO, whose appointment has been challenged by 30 senators in Islamabad High Court.  These senators had also filed a petition in the Islamabad High Court against the appointment of PIA CEO and claimed that PIACL shortlisted three candidates including Musharraf Rasool Cyan, Muhammad Aijaz Haroon (Former employee & Managing Director) and Muhammad Junaid Yunis.

PIA had purchased B-777-LR for long flights on inflated rate but now due to poor management, this route was being closed.

The last PIA flight from Lahore to New York left Allama Iqbal International Airport at 6:15 am on October 28, 2017.

The flight was full of passengers, said a PIA officer. He said it was the last flight from Lahore to New York and after this, there would be no flight from Pakistan to America operated by the PIA.