Russia to export natural gas to Pakistan, India through developed fields in Iran 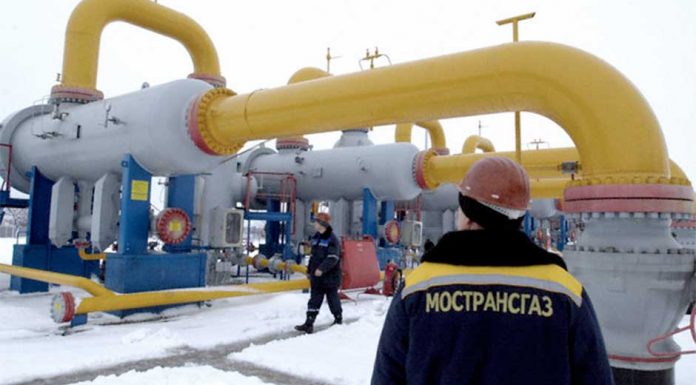 ISLAMABAD: Indications about the sources of natural gas to be exported to Pakistan and India by Russia, through Iran, reveal that the gas will be supplied through fields developed by Russians, who will also likely be eligible to receive a certain compensation for their investment in Iranian fields.

Last month, it was reported that Russia was studying a plan to export natural gas to Pakistan and India through Iran in a project that would involve laying an offshore pipeline.

Iran’s Petroleum Minister Bijan Zanganeh told reporters on Saturday that Russian companies could take away a certain amount of the oil at a field they had developed in compensation for the investment they had made in it.

“In case the development of an oil field by Russians leads to production, they can receive a certain amount of what Iran owes them for their investment as oil,” Zanganeh was quoted by Iran’s IRNA news agency as saying.

The Iranian minister did not say the same formula could be applied for reimbursing the Russians for their future investments in Iran’s gas industry.  However, it still suggests that the gas to be exported to Pakistan and India in the recently unveiled plan would be provided from fields developed by Russians.

These fields could include some of the major gas fields that Russian companies are negotiating with Iran to develop, including North Pars, Kish, Farzad A and Farzad B.

In agreements signed between Russia and Iran, during Russian President Vladimir Putin’s visit to Tehran last Wednesday, the two countries agreed to promote mutual cooperation over energy issues. Among these agreements, one envisaged exports of natural gas from Iran to Pakistan and thereon India by Russian companies – most importantly Gazprom.

Earlier in May, media had quoted Zanganeh as saying that Gazprom had signed basic agreements with the National Iranian Oil Company (NIOC) to study the development of North Pars, Kish and Farzad B gas fields.  Later in June, he said that the Russian energy giant was also discussing the development of Farzad A with Iran.

Among these fields, Kish is expected to be the most important source with an in-place reserve of 1.3 trillion cubic meters of gas and expectations of producing 85 million cubic meters once developed. Zanganeh told reporters that Russian companies had asked to extend their deadlines for present plans for the development of the four fields.

“They have demanded to extend the deadlines for the basic agreements [over the fields] and we agreed with their request,” the Iranian minister said.