Creating a niche from nowhere 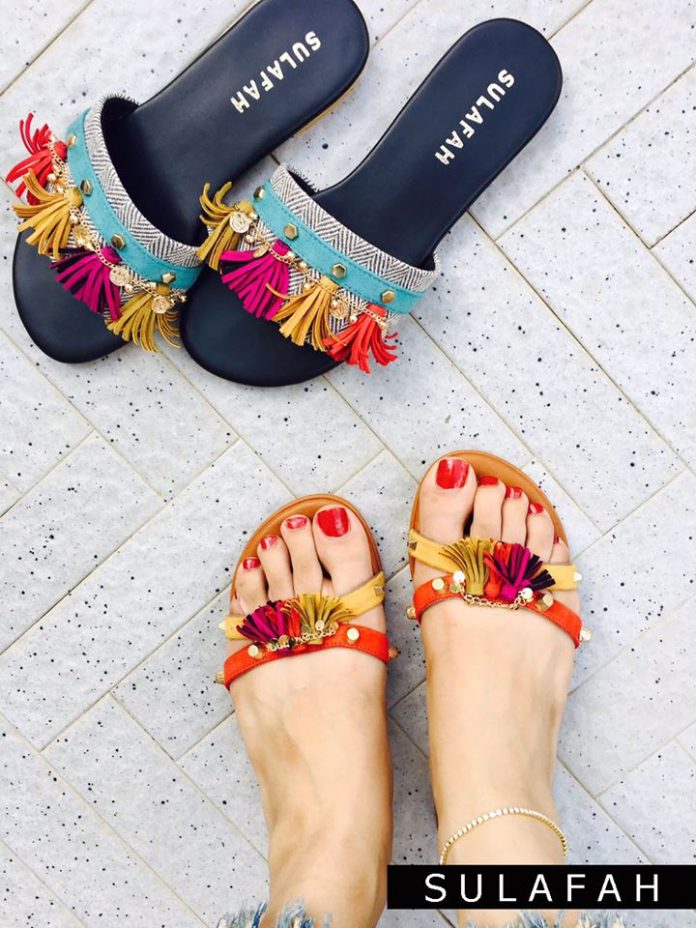 In a spot of financial bother, her father Jawed Yasin asked Amal Faisal to take the plunge within days of her graduation from the city’s prestigious Institute of Business Administration (IBA).

Still smarting from the loss of what was not long ago a small shoe business, Amal Faisal was handed over whatever was remaining, with a yearning to create a legacy for herself and her father.

“He wanted me to create a business out of that, and roll back the years at the same time,” said Amal Faisal.

With partners defrauding him and despite her father’s considerable losses in the shoe business, the family was well-to-do enough to lead a comfortable life. But the desire to give it another go was overwhelming enough for the father to urge his daughter to venture into uncharted territory and get into the shoemaking business.

Why shoemaking? Perhaps what provided the spur to Yasin was because of his nemesis who defrauded him, and whom he would not name, also owned a prominent shoe brand.

“He rummaged whatever was left, and we went about building the business anew from the scratch,” said the 29-year old CEO of Sulafah Shoes.

“Personally, being a gourmand, I wanted to get into restaurant business. I was a food connoisseur who was happy experimenting in the kitchen”, said the lady entrepreneur.

Being young and raw, and told up-front by almost everyone who came across that she “would not survive in a man’s world”, the then 23-year old remained unflinching despite the odds.

With its first store opening in Hyderi Market in 2011, Sulafah Shoes commenced business. Now that she had taken the plunge, the reality started sinking in – gradually. When she delved into the itsy-bitsy, the realised the wisdom in the dire warnings of the detractors. The entire business indeed had a male-heavy orientation. Dealing with designers, vendors and labour was cumbersome on its own. What made it all the more difficult was the whole lot being singularly unwilling to work for small brands, for it meant smaller volumes and hence smaller income.

Her gender and her youth both were additional handicaps. “Often people would not take me seriously at all”, recalls Amal, adding, it still is hard for a woman to survive in the predominantly male shoe industry.

The early days were indeed a struggle, with Amal made to ponder on giving up every other day, only to end up coaxing and cajoling herself “to take it one day at a time, to give it another try and to hang in there for another week”.

One thing that kept her going was the urge to not to disappoint her father. “Already he had been let down by too many people and I did not want to be the next person to do it.”

With every passing day, small successes added to the learning process, and every new stratagem incrementally instilled confidence. Sulafah, she had decided early on, will have separate brand entity – distinctly different from that of her father’s business.

Today, six years on and as many stores later, one of these a fully operational online store catering to customers across Pakistan, Amal feels the struggle is still the same, the only difference being after half a dozen years of slog, she has a handle on how the business works.

From looking after the 50 plus employees and their families – whom she considers her responsibility – to managing the day-to-day affairs, Amal is now comfortable in her shoes. With a young team installed in office and even younger labourers manning the factory, right opposite the newly-established office in North of Karachi, she solely manages the design department – something foisted on her by force of circumstance.

“When we started operations, on a pattern similar to our erstwhile partners, it was actually reselling. We bought shoe stock from local vendors supplying to almost every shops in the city, pasting our label on it and then putting it up for sale at our outlet,” said she.

Though she continued in this fashion for two years, Amal knew that if she wanted to establish a brand, this was not going work, for that required something different than what everyone else was doing.

She then started learning shoemaking and joined a shoe factory where she would implement her internet knowledge, practice on the available resources and create designs which the factory owner would sell as his own designs.

“I was okay with the factory owner benefitting from my input as long as I had a platform to experiment with my designs and master the art. The resource-crunch meant limited options. This was a desperate measure anyway, as many renowned shoe designers had refused to work for Sulafah – for the brand was too small for them to be associated with it”, says Amal.

After almost a year’s sweat in the factory, Amal felt confident enough to take the leap, hire her own team and turn Sulafah into a designer shoe brand.

Having established a factory in rental space in the north of the city, stores in high-end malls – Dolmen Mall, Tariq Road; Lucky One Mall etc. – were opened, introducing Sulafah as a niche brand for people with aesthetic sense and sophisticated taste – the literal meaning of Sulafah, an Arabic word.

“As a kid, I had lived in Saudi Arabia. So while thinking of names, I had to connect it with the place closest to my heart,” said Amal.

Today, the five Sulafah stores opened hot on the heels of another have brought the catapulted the business to break even phase. To Amal, profit is still a long way off, but the good thing is that the expansion has come by ploughing back the money earnings.

“The cycle is unending, as earnings are invested back into expansion. It’s still not easy to really thrive in the market where a large part of the customer base does not want to spend a sizable sum on a quality shoe,” said Amal. Sulafah shoes range between Rs2,000 to Rs5,000 – a sum not many patrons are willing to part with for a pair.

Nevertheless, the brand’s Dolmen Tariq Road store is generating highest footfall and at around 40-50 customers buying stuff every day on off-peak days, and the number significantly increases at special occasions like the Eids and the weddings season.

With traditional marketing avenues, like television and print ads, being cost-intensive, Sulafah has to largely resort to social media to get its message across – something Amal looks after personally.

In addition to that, since Sulafah as a policy issue does not rely on female models for promoting it, the limitation becomes all the more pronounced.

So for illustrative materials, Sulafah has to adapt; yet its Facebook page has a growing fan following, hitting over 100,000 recently.

It also helps that over the years, Amal has managed to build her own loyal clientele which mainly constitutes of working women and young girls with interest in high-end designer brands. And for now, the entrepreneur is content with that small yet significant client base.

She does aim high, turning Sulafah into first a national and then international brand by creating awareness among buyers with regard to the difference between high-street fashion and local vendor shoes. This would maximize profits, but, Amal says, the objective is to turn Sulafah into a brand that is synonymous with women empowerment.

Sulafah’s per pair cost may be higher than what the majority of Pakistani women would be able to afford, Amal maintains the cost is offset by quality comparable to still higher costing designer brands. “One must also realise that cost of producing high-quality stuff is higher too.”

At the other end, the social activities that Amal plans to initiate – exclusive parks, swimming pools and clubs – will be as per the affordability of the common womenfolk.

Gems, jewels and dresses do not enamour her, says Amal, adding, what fires her is not even profit but turning Sulafah into a brand to reckon with.

Such single-minded devotion and drive of Amal are indeed infectious. What is more, it bodes well for Sulafah.

After a very good year by its own standards, things are a little cloudy
Read more
- Advertisement -