UBG kicks off 2nd round of campaign for FPCCI annual elections 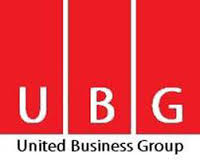 ISLAMABAD: The United Business Group (UBG) has kicked off the second round of countrywide election campaign for upcoming annual elections of the Federation of Pakistan Chambers of Commerce and Industry (FPCCI), scheduled to be held in the last week of December 2017.

The UBG Chairman and veteran trade leader, Iftikhar Ali Malik who is also SAARC Chamber Vice President while talking to media persons on Monday said that UBG started gaining enormous support from different chambers across the country and accelerated electioneering despite this fact that the opposition is so weak that even without campaign would win the election by great margin.

Iftikhar said that a working plan has been devolved for the second round of the election campaign and all the leaders and workers have come into full action and start the campaign strongly.

The SAARC Chamber Vice President said that UBG leadership has worked hard and has restored the respect of business community with the government and have tried to solve most of the problems and will continue doing so in future as well. He said that recent simple example of the start of refunds of sales and rebate tax was a great achievement of UBG and FPCCI’s sitting President Zubair Tufail who worked very hard in this matter.

In this connection, as part of the drive in first phase, the UBG delegation visited regional chambers of Punjab including Sialkot, Sargodha, Gujranwala, Lahore, Okara, Sahiwal, Vehari, Khaniwal, Multan and Faisalabad and discussed matters relating to the elections with special reference to the nominations of the candidates for Federation of Pakistan Chamber of Commerce and Industry (FPCCI) and their respective chambers.

Iftikhar said that only democracy prevails in trade politics and well-reputed businessmen with integrity and dedication have been given responsibilities so that that can contribute to image building of FPCCI and resolve issues of the business community. He said that after the success, his group would focus on energy, trade and investment and law and order to drive desired economic results. “Pakistan, like other developing countries of the region, is facing growing energy demand dilemma and the private sector would have to work hard to exploit all resources to bridge the demand.”

Elaborating the agenda for the year, the Iftikhar said that always all efforts were made to get FPCCI proposals incorporated in the federal budget to provide solace to hard-hit traders. The proposals were always prepared in consultation with economic experts and business community leaders with an objective to ensure maximum allocations for various sectors of the economy.

Talking about the ongoing economic scenario, he said that tightening of the belt was a must to wear off the intensity of economic challenges. He said that inflation could easily be tackled by increasing production and cutting unnecessary expenditures.