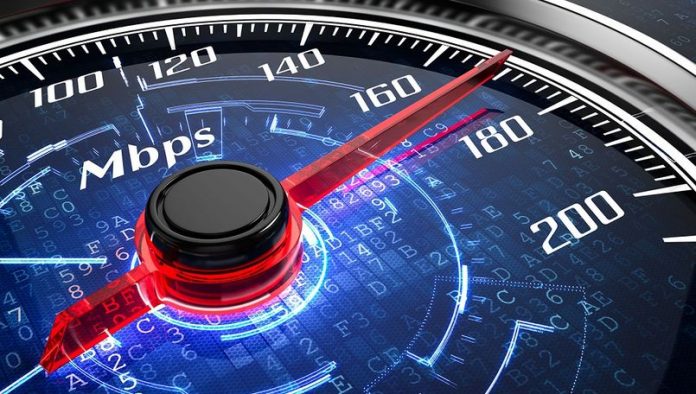 LAHORE: Ookla, a global speed internet test index which owns Speedtest.com has rated Pakistan among the fastest in terms of average mobile broadband speed of 13.1 megabits per second in South Asia.

Ranking wise in South Asia, Pakistan was ranked at 89th followed by Myanmar at 94th, Sri Lanka 107th, India 109th and Bangladesh at 120 among 122 nations ranked by Ookla.

Norway was crowned at 1st position for having the fastest mobile broadband speeds with 62.66 Mbps, then Netherlands with 53 Mbps, Iceland 52.78 Mbps, Singapore 51.5 Mbps and Malta with 50.46 Mbps.

Pakistan has seen a massive growth of 3G/4G users since its launch in early 2014 and the subscriber base is rising by 1 to 2 million every month. Increasing smartphone adoption is fueling demand for faster internet speeds as Pakistani’s embrace them and as local startup and entrepreneurial scene mushrooms.

Recently, Google at the launch of its Datally app in Pakistan had stated it would be among four nations from where the next billion internet users will come from. Pakistan user subscriber base of million broadband/smartphone users now stands around 50 million.

Addressing a seminar on “China-Pakistan Economic Corridor Business Opportunities”, organised by the Federal Ministry of Planning and Development, he said that the government is committed to technology-induced development across the country.

“It is in the very spirit that 5-G technology will soon be readily available to the people.” Iqbal, who is also the planning minister, said that the China-Pakistan Economic Corridor project itself is in accordance with the vision of technology-induced development. Emphasizing that CPEC is a massive project, he said that political stability in the country and continuity of policies will very soon turn Pakistan into a global hub of economic, financial and commercial activities.