KSE-100 index registers best start to the year since 2007 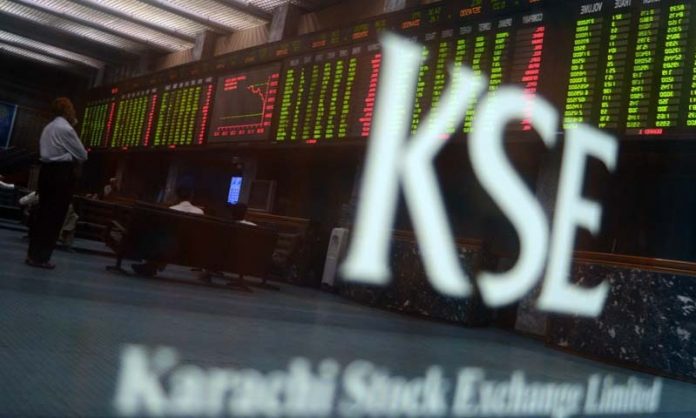 LAHORE: Pakistani stocks are once gaining traction of foreigners as global funds purchased $91 million of shares during January.

This would translate into the biggest monthly inflows in nearly four years, reported Bloomberg. Thanks to purchases by foreign investors, the KSE-100 index has registered its best start to a year since 2007, reversing a sell-off trend which made Pakistan among the worse performing stock market globally in 2017.

PSX had been beset by political uncertainty and worrying macro-economic indicators which resulted in KSE-100 index to nosedive and resulted in $494 million of outflow from Pakistani stocks during 2017. This followed Pakistan’s reinstatement to emerging market status by MSCI in June 2017.

Last week, the central bank in a surprising move raised interest rates, which was earlier followed by devaluation of rupee in December against the US dollar have propped up investor interest in Pakistani stocks once again.

In a comment to Bloomberg, FIM Asset Management Ltd head of emerging markets Herrta Alava said “The currency has been devalued a bit already and even though there might be another devaluation later this year, it shouldn’t be massive.”

She added more funds were patiently waiting for the outcome of the upcoming elections in July, since outcomes in various countries have sprung surprises.

According to Ovais Ahsan, head of broking at Optimus Capital Limited over 50 percent of inflows during January 2018 have originated from index-tracing funds and rest from investors who have made money on the stock market previously.