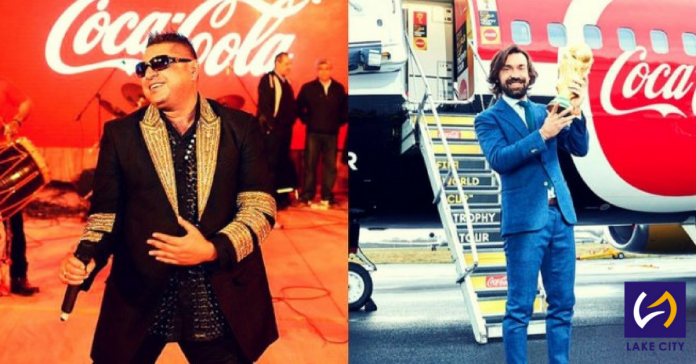 Sources told Pakistan Today that Coke Fest seems to have helped boost local property prices as visitors were able to first hand experience the recently inaugurated Lahore Ring Road and the easy access it provides to Lake City and other adjoining societies. They claimed that after the event public interest has increased massively. Hassan Developers Marketing Manager Kashif Virk told Pakistan Today, “Coke Fest has definitely had a positive impact on public interest in Lake City as the number of calls and walk-in customers have doubled. It is a separate matter if these customers will actually make a purchase or not but Coke Fest has given the average person a taste of the area. Lake City is a great area to live especially because there is no gas and electricity load shedding. If the public interest continues, plot prices are likely to appreciate.”

Kashif Virk further said that we have seen a hike in asking price as sellers are now demanding more for their properties after the event. On average people are asking 2-3 lacs more for 10 marla plot and 4-5 lacs for 1 kanal.

Meanwhile, Pasha Khan, a local property agent told Pakistan Today, “Lake City just saw Coke Fest as the ideal opportunity to re-launch their M-7 sector. He further said that this was more of free marketing for Lake City, as a huge amount of people came and saw the place first hand. People are fed up with traffic and load shedding, so areas like Lake City and Bahria Town are an ideal choice for people who want a better lifestyle.”

Talking about property prices, he said “I do not think the prices are going to go up just because of Coke Fest. The average person does not have the buying power to go about buying property.” He reiterated that this event will definitely help promote the ring road and all the surrounding areas but the prices will not be experiencing a price hike anytime soon as only genuine.

Abdullah Hussain 34, one of the attendees at the mega event said the environment is absolutely surreal and especially with the FIFA trophy here in Pakistan. The traffic is a mess throughout Lahore but the experience is absolutely worth it, he told Pakistan Today, further adding “I live in DHA and when I heard that Coke Fest was going to be in Lake City I was not to keen but Lake City via the Lahore Ring Road is actually quite near, it was only a 30 minute drive from my home.” While talking about the venue he further said that “I always thought that Lake City was one of these dodgy housing schemes but the security and amenities available are actually better than DHA. Once Coke Fest is over I would definitely be keen to explore opportunities to invest here.”

ActiveMedia Pakistan CEO Saad M Khan said football fans were excited to see the world cup trophy in their hometown and the festival was able to attract well over 50,000 foodies, music and football lovers from around Lahore.

Saad said, “Security is always a prime concern at such mega events however the Elite forces had strict security measures and individuals without families were not being allowed to enter. The ambience was phenomenal and most eateries had their own décor at their stalls.”

To a question about the location, Saad said, “Coke Fest has earned a name for itself over the years and this year because of the FIFA World Cup Trophy we were expecting more people. Lake City was a better option as people would approach it from Ring Road without having to face traffic jams. Moreover, Lake City Golf and Country club is just a phenomenal place and the security is impeccable, making it the perfect place to host the trophy.

He further added, “We chose Lake City simply because it was a bigger venue. We cannot comment whether or not the festival has affected property prices. We would love to think that our event has such an impact but we cannot confirm it, only property experts can comment on this.”

Coke Fest hosted over 80 stalls that gave an opportunity to aspiring chefs to sell their food along with big brands under the same roof. Meanwhile, there were a number of stalls selling home-cooked food and most of them were managed by women. Many eateries from the previous edition of Coke Fest revisited offering a wide range of food choices. The festival also had a great music line up with the likes of Strings, Quratulain Balouch, Quadrum, Sahara UK, Sahir Ali Bagga, Ali Sethi, Aima Baig and Aagha Ali.