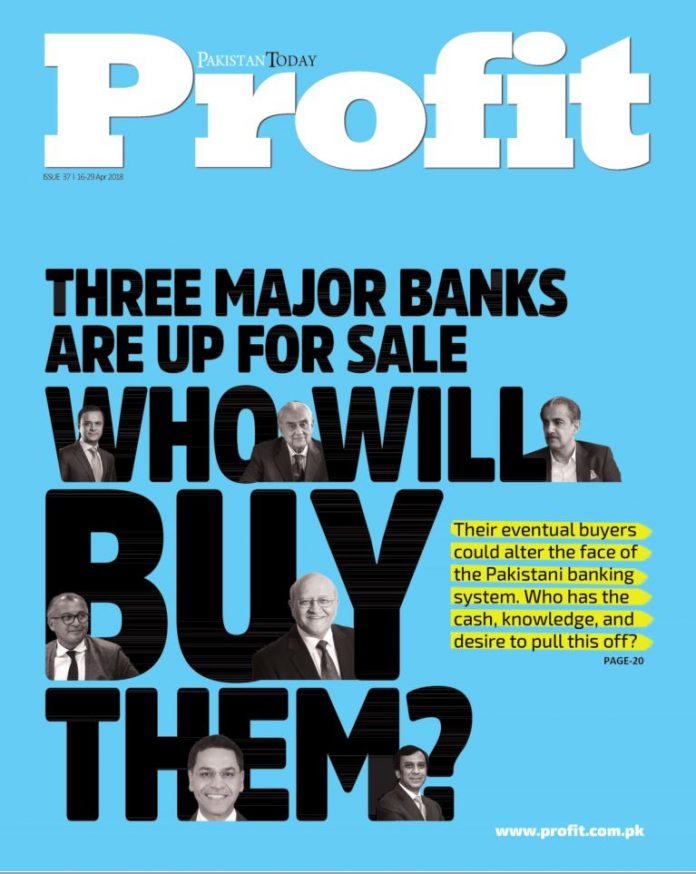 Here are three banks that are clearly up for sale. Three solid banks, with great fundamentals, not some haemorrhaging sarkari bank filled with bad loans and worse people. Not some failing private bank acquired by a non-banker who had bitten off more than he could chew. No, three profitable, well-run banks.

Yet no one is buying them.

Meezan, Alfalah and Faysal have got spreadsheets that other banks would salivate at. So why is it so difficult to sell them?

Luckily, as opposed to political, crime and social issues reporters, we financial journalists have an invariably accurate rule of thumb: any anomaly that the market cannot explain can be attributed to the government and regulators.

And that is exactly what is happening here. The State Bank is rumoured to be the spanner in the works for the sales. There are several reasons for this. These three banks do have one thing in common: the owners are Gulf-based. A sale to someone within the country – and there are interested local buyers – is going to lead to money going outside the country, which our regulators don’t want, given our precarious situation on the foreign exchange front. Will the regulators say it in these many words? No. But as regulators go, the SBP is an extremely powerful one. Its leverage will do the talking.

The State Bank doesn’t have this problem with foreign buyers, though. Shares will change hands outside the country, letting our foreign exchange reserves be. Foreign buyers, though, do have a problem with this situation, notwithstanding the good fundamentals of these banks. After assessing the problems of the current owners of the banks, they know that investing in Pakistan is a one-way street; you can put in money, but you can’t take it out. That doesn’t seem fair to international players who transfer huge amounts across borders as if it were wiring money to the bank across the street.

The SBP’s nervousness as far as foreign exchange goes, is not unwarranted. With an import-based an economy like ours, there is lots that could go wrong in the face of such turbulence.

But what about the principle involved? We keep talking about ease of the doing business and keep reiterating our resolve to improve our dismal scores on the indices designed to measure such ease. Yet, we don’t walk the talk.

Tear down this wall, Mr Governor. It just might inspire enough confidence for foreign buyers to jump in, not causing the much-feared flight of foreign exchange.