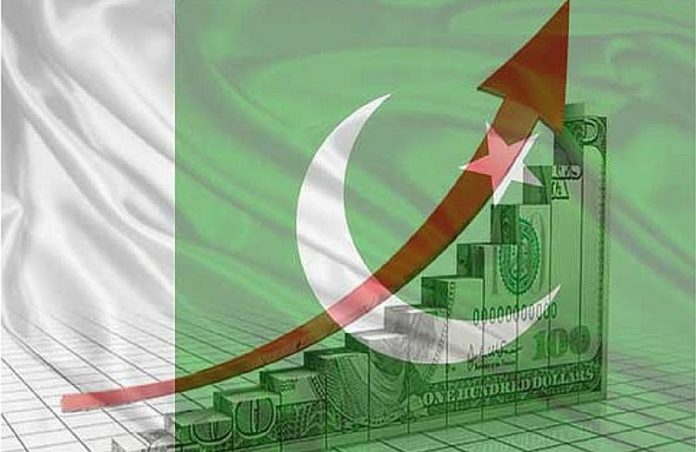 ISLAMABAD: Although the government of Pakistan Muslim League Nawaz (PML-N) started the negotiations on various trade agreements including the Free Trade Agreement (FTA) and Preferential Trade Agreement (PTA) with a number of countries, it could not conclude any such agreement in the past five years.  As per officials, the government which remained highly involved in the political crisis and focused its powers on mega projects, gave no serious thought to such trade agreements.

Even the revision of the FTA with China, despite the conclusion of various rounds of talks, remained inconclusive knowing that the agreement was largely in favour of China, inevitably causing a huge trade imbalance.
The previous government, since it took charge in 2013, negotiated FTAs with Thailand, Korea and Turkey.  As per the available documents, nine rounds of negotiation were held between Pakistan and Thailand but due to differences on a few subjects, the agreement could not be signed. Earlier, the Cabinet had accorded the approval to initiate negotiations on the Pak-Thailand FTA in its meeting on the 24th Augst, 2015.
One of the major sectors which showed concerns about the terms of the FTA with Thailand was the auto sector, as about half the imports from Thailand consist of auto parts.
According to experts, on one hand, allowing Thailand access to Pakistan’s auto sector may increase its challenges and put the FTA at odds with the new auto policy which aims at enhancing the domestic production. On the other hand, lower duties on parts that cannot be manufactured in Pakistan may support domestic production while bringing down costs for consumers.
Presently, bilateral trade is in favour of Thailand, however, the FTA – if implemented, is reportedly expected to lessen the differential of the nearly $700 million trade deficit while doubling bilateral trade.
Similarly, another major FTA was to be signed with Turkey but that too remained inconclusive for various reasons.  According to the officials at the Ministry of Commerce the refusal to either reduce its additional duties or extend GSP Plus status by Turkey to Pakistan in line with the European Union (EU), with the World Trade Organisation (WTO), is the major reason of failure in moving forward on the bilateral FTA. Pakistan had asked for a reversal of a set of additional duties that the Turkish government had imposed on Pakistani products having high export potential in the Turkish market back in 2011.
The products in question are cotton fabrics, apparel and home textiles, carpets, manmade fibres, plastics and footwear. The additional duties range from 20 to 50 per cent, bringing the total duties on these critical products to between 28 and 67 per cent when combined with other duties also applicable on them.
As a result, Pakistan’s exports to Turkey plummeted from $906 million in 2011 to $282 million in 2017, a decline of 69 per cent.
Besides, Islamabad was also demanding the Turkish government to grant it the GSP Plus status as it was under an obligation to extend the facility because the foreign country is a member of the EU customs union. However, the deadlock on bilateral talks resulted in the failure of the proposed FTA.
The next FTA in question was with South Korea. Both sides had concluded a feasibility to explore the possibility of a free trade agreement between the two countries. However, no serious efforts were made so far to conclude the talks on FTA. Currently, bilateral trade between the two countries is around $1.1 billion and both sides had wished to further promote trade and investment relationship between the two countries.
The major failure of the previous government in bilateral trade agreements was related to the renewal of the  Pak-China FTA. The two countries in April this year failed to sign even official minutes on the conclusion of 10th rounds of parleys held at Islamabad for finalising the second phase of China Pakistan Free Trade Agreement (CPFTA) mainly because both sides could not sort out differences on granting incentives for boosting each other exports.
As per the original plan, the second phase was supposed to be implemented from Jan 1, 2014. Both countries started negotiations for the second phase in 2011. Both the countries held 8th round of negotiations of the 2nd phase of FTA, but failed to sign it.
Pakistan has signed a PTA with Indonesia in 2013. Trade deficit between the two countries has widened in favour of Indonesia during the said period, as the import of palm oil shifted from Malaysia to Indonesia. Pakistan is presently conducting a review of the PTA with Indonesian side and efforts are at hand to rectify the widening trade deficit.
It is worth mentioning here that Pakistan Business Council, a business advocacy group, in its report noted that Pakistan’s economy failed to benefit from any of the six bilateral trade agreements over the past one decade with the country struggling to get tariff incentives from its trading partners. The country has so far signed free and preferential trade agreements with six countries, including China, Malaysia, Sri Lanka, Iran, Mauritius and Indonesia.
- Advertisement -
Facebook
Twitter
Linkedin
WhatsApp
Email
Previous articleMarket Daily: PSX closes green as the KSE 100 settles at 43,507.50
Next articleCPEC to play immense role in development of remote regions: Secretary planning