PIA to start flights from Sialkot to Paris, Barcelona 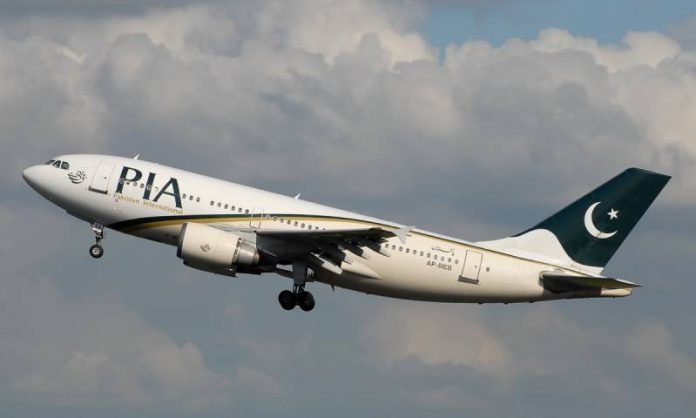 As per details, flight PK-720, the first flight on the new route, will arrive from Paris to Sialkot on Sunday around 12pm. The first flight will be welcomed with water cannon salute at the Sialkot airport.

Punjab Chief Minister Sardar Usman Buzdar would welcome the passengers at the airport.

The national flag carrier’s spokesperson told journalists that PIA’s flight, PK-720, will leave for Paris and Barcelona and the same flight will come back to Sialkot from Barcelona. He said that new flight will also help boost exports from the industrial city.

Chairing a high-level meeting on reforms in PIA, the prime minister had said that the government wanted to make national flag carrier a profit-generating and independent airline.

PIA officials informed the prime minister that the total losses of PIA were Rs414.3 billion. They had told the meeting that PIA was facing a deficit of Rs500 million on seven international routes in addition to loss on domestic routes.

“Ever since taking the responsibility in October 2018, we have taken some short-term measures to ensure its smooth functioning and now we are going to give a five-year long-term plan in a three-month period,” he had said at the Press Information Department.

Arshad Malik had said that the five-year plan would undertake measures for cost saving, revenue generation, improvement and expansion of flight operations.

“The airlines’ past glory was a daunting task but I have full backing of the aviation minister to turns its fortunes,” the CEO had said, adding that after assuming the charge, he found that PIA was a white elephant turned black hole due to several issues such as meddling of PIA Union in administrative affairs, corruption, non-professional attitude and overstaffing.