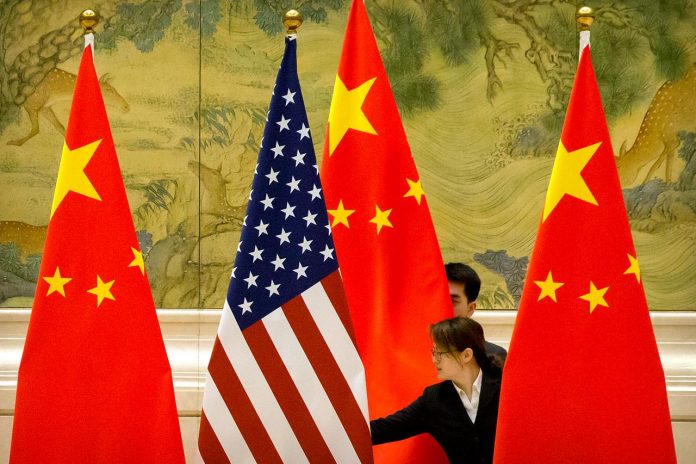 BEIJING: American firms in China remain frustrated and are growing more pessimistic about their prospects in the country, a top business lobby said Wednesday, while a trade war between Washington and Beijing continues to fester.

US businesses have traditionally held together the US-China relationship amid rough spots in bilateral relations, but the American Chamber of Commerce in China said in a white paper that the community could no longer be counted on to be the ballast of the relationship.

“Many of our longstanding concerns about the business environment in China remain unaddressed,” the chamber said in a statement.

Many US firms supported the Trump Administration’s tariffs on $250 billion worth of Chinese goods to get Beijing to the negotiating table, chamber officials noted.

The US-China trade war appears to be approaching a resolution with both sides sounding notes of optimism that a deal will be done soon.

We are “cautiously optimistic” about the deal, said Tim Stratford, chairman of the American Chamber of Commerce in China.

“Chinese companies are not subject to any of the same types of restrictions going into the US market,” said Stratford.

In an echo of European protests, the chamber laid out how Chinese firms in the US are treated compared with their US counterparts in China.

One example was foreign legal firms in China cannot hire local lawyers to practise Chinese law, while Chinese firms face no such restriction in the US.

While US President Donald Trump has focused his ire on China’s trade surplus with the US which hit a record $419.2 billion last year, it is not a major concern for the chamber.

“Our members are very concerned about going beyond the short term commitments to reduce the trade deficit, for example, to addressing structural issues that prevent American companies in many industries from competing on a level playing field,” said Lester Ross, chair of the chamber’s China policy committee.

Last month China passed a new foreign investment law in a bid to address some of Washington’s concerns, but the business lobby said its implementation remains unclear.

The “statement of general principles (in the law) was good, but we’ve had so many years where World Trade Organization commitments, winning of WTO cases and other statements have not actually changed behaviour on the ground,” said Stratford.