Oil prices tick up ahead of US crude stock data 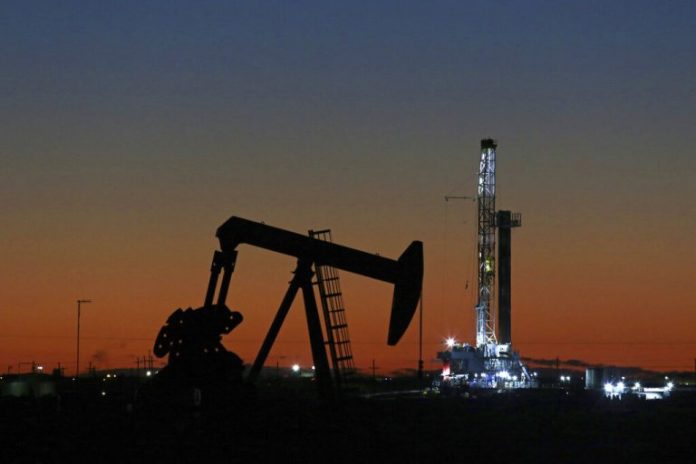 HOUSTON: Oil prices edged up on Tuesday as investors expected US data due shortly to show declining crude stocks, which outweighed concerns over US-China trade tensions that could weigh on fuel demand.

The numbers came ahead of crude stock data from the American Petroleum Institute (API), an industry group, at 2030 GMT on Tuesday, and the Energy Information Administration (EIA), an agency of the US Department of Energy, due on Wednesday.

“Private forecasters are seeing a small drop,” said Phil Flynn, an analyst at Price Futures Group in Chicago, but added concerns over US-China trade tensions and global growth are also pressuring prices. “We have more questions than answers today.”

Weighing on prices, hopes for progress in the trade war between China and the United States during this week’s G20 meeting were dampened by a senior US official saying President Donald Trump was “comfortable with any outcome” from the talks.

“The US-China meeting on the side of G20 could signal further rapprochement on trade, but the market needs something it can sink it’s teeth into,” said Gene McGillian, vice president of market research at Tradition Energy in Stamford, Connecticut.

“We’ve been going back and forth on US-China trade disputes for over a year now,” he added.

Oil prices could rise if Federal Reserve Chairman Jerome Powell, set to give public remarks on Tuesday, hints the Fed will may cut rates, analysts said.

“If (Powell) is more forthcoming about easing plans, that will pump up commodity prices,” said John Kilduff, a partner at Again Capital in New York. “The market’s on guard for this dovish tone.”

Demand concerns were briefly overcome last week when Brent climbed 5pc and US crude surged almost 10pc, its strongest week since 2016, after Iran shot down a US drone, adding to tensions stoked by previous attacks on oil tankers in the area.

Washington has blamed the tanker attacks on Iran, which denies having any role.

Meanwhile, the Organization of the Petroleum Exporting Countries and its allies including Russia appear likely to extend a deal on curbing output when they meet on July 1-2.

The chief executive of Saudi Aramco, the state oil firm of OPEC’s de facto leader, said its spare capacity of 12 million barrels per day (bpd) was sufficient and that it would meet its customers’ needs.

US sanctions on Iran and Venezuela have cut oil exports from the two OPEC members, but US production has been rising.