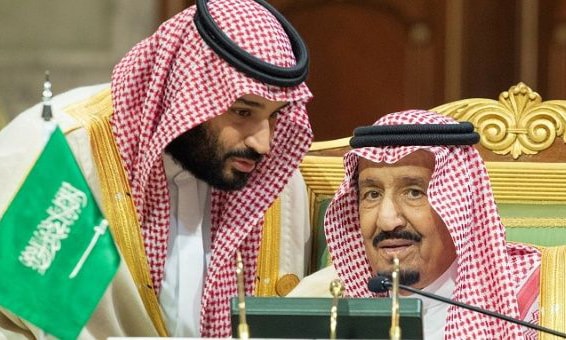 DUBAI: When Saudi Aramco was on the verge of a deal last year to buy a stake in an Indian oil refinery, its boss quickly boarded a company jet in Paris and flew to New Delhi.

Chief executive Amin Nasser arrived unannounced early on April 11, 2018, finalised the agreement and signed it later that day. Negotiators had just finished hammering out the details.

His last-minute flight, after a business trip to France with Crown Prince Mohammed bin Salman, underlined the importance of the deal both to Saudi Arabia and its huge state oil firm.

The planned investment in the $44-billion refinery and petrochemical project on India’s west coast is a prime example of how Aramco is trying to squeeze value out of each barrel of oil it produces by snapping up refining capacity, mainly in fast-growing Asia.

But it also underlines the challenge Saudi Arabia faces in reducing its heavy economic reliance on oil. The results of its programme to diversify have been mixed, some projects are moving slowly and others are too ambitious, economic and energy analysts say.

Prince Mohammed’s stated goal of being able to “live without oil” by as early as 2020 looks set to be missed.

“That said, Saudi Arabia is changing its relationship with oil. The dependence remains. But the kingdom is squeezing more value out of its oil,” he said.

The slow progress means the Saudi economy is likely to remain hostage to oil prices for longer than planned. Any delay in implementing change also risks denting Prince Mohammed’s image as a reformer.

Announcing his plan three years ago, the Crown Prince said Saudi Arabia must end its “oil addiction” to ensure the world’s biggest oil exporter and second largest producer cannot be “at the mercy of commodity price volatility or external markets.”

He spoke after a fall in crude oil prices boosted the Saudi fiscal deficit to about 15pc of gross domestic product in 2015, slowing government spending and economic growth.

This year the deficit could hit 7pc of GDP, according to the International Monetary Fund, as oil-related growth slows following production cuts led by the Organization of the Petroleum Exporting Countries.

Aramco is central to the Crown Prince’s reform plan in several ways, not least because its planned partial privatization will generate income for the reforms.

The company has also been involved in most of the kingdom’s high-profile deals in the last two years as it increased investment in refining and petrochemicals.

In that time, Aramco has announced at least $50 billion worth of investments in Saudi Arabia, Asia and the United States. It aims to almost triple its chemicals production to 34 million metric tons per year by 2030 and raise its global refining capacity to 8-10 million barrels per day (bpd) from more than 5 million bpd.

In March last year, Aramco finalized a deal to buy a $7 billion stake in a refinery and petrochemicals project with Malaysia’s Petronas. A month later, Nasser and a consortium of Indian companies signed the initial deal that would give Aramco a stake in the planned 1.2 million bpd refinery in India’s western Maharashtra state.

In February of this year, Aramco signed a $10 billion deal for a refining and petrochemical complex in China. Last month it signed 12 deals with South Korea worth billions of dollars, ranging from ship building to an expansion of a refinery owned by Aramco.

“This is what I call the back to basics approach to economic diversification in the Gulf,” said Robin Mills, chief executive of energy consultancy Qamar Energy in Dubai. “The energy industry has the assets, capital and skills, so it’s the engine of new projects – refining, petrochemicals, gas and so on.”

In March, Aramco said it was acquiring a 70pc stake in petrochemicals firm Saudi Basic Industries (SABIC) for $69.1 billion from the national wealth fund, known as the Public Investment Fund (PIF).

Aramco is gaining new markets for its crude and building a global downstream presence – the refining, processing and purifying end of the production line. Its aim is to become a global leader in chemicals.

Nasser, previously known by Aramco employees as Mr Upstream, is leading the downstream expansion. He wants to bring Aramco’s refining capacity closer to its oil production potential, which is now at 12 million bpd.

Aramco wants gradually to match the downstream presence of its big competitors and, like Saudi Arabia as a whole, to reduce its vulnerability to any downturn in demand for crude oil or oil price volatility.

“You want to secure your demand in key markets,” said an industry source familiar with Saudi Arabia’s oil plans. “You have to become more dynamic, to become more adaptable, you have to make sure that you secure your future. Malaysia was one example, India was another.”

For years, Aramco has been a regular crude supplier to Indian refiners via long-term crude contracts.

Yet while it has stakes in refineries or storage assets in other important Asia markets such as China, Japan and South Korea – and owns the largest refinery in the United States – it has not secured that same access in India, a fast-growing market for fuel and petrochemicals.

“India is a market that you just can’t ignore anymore,” an industry source said.

Aramco has also shifted its marketing strategy in China. It is now more oriented toward independent refiners to boost Saudi crude sales after years of dealing almost exclusively with state-owned Chinese firms.

But overall, plans to wean Saudi Arabia of oil have advanced slowly.

Few details have emerged of a $200-billion solar power-generation project announced by the PIF and Japan’s SoftBank in March 2018. It is unclear how or when the project will be executed, and Saudi’s Arabia’s energy ministry is moving ahead with its own solar projects.

In a blow to potential investment, the image of Saudi Arabia and the reputation of the Crown Prince have been damaged by the murder of journalist Jamal Khashoggi in the Saudi consulate in Istanbul last year.

Leading businessmen and politicians boycotted an investment forum meant to showcase the kingdom’s new future away from oil, and it was only big deals with Aramco that saved it.

Also, the partial privatization of Aramco has been delayed since it set out its plans to acquire the stake in SABIC, though senior Saudi officials including Energy Minister Khalid al-Falih have said it could now happen in 2020-2021.

The PIF made its mark on the global stage three years ago by taking a $3.5- billion stake in Uber Technologies. But since 2016, the PIF’s direct investments overseas stand at just $10.5 billion, according to Refinitiv data, and many of the fund’s announced commitments have yet to materialize.

The funds’ main investments over the past two years were in equity shares in companies such as electric car makers Tesla and Lucid Motors and Gulf e-commerce platform Noon.com.