Through the app, citizens will also be able to lodge complaints against price hike 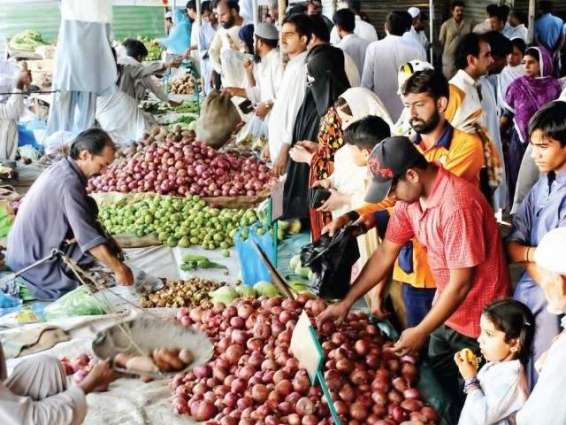 ISLAMABAD: The Islamabad administration has launched a mobile application, ‘Durust Daam’, to control price hike and difference of rates in the markets.

The app, according to the administration, will help the authorities concerned to plug market manipulation by traders and implement the official rates. The app also has the option for the citizens to lodge complaints against the price hike.

The app has been prepared and managed by the National Information Technology Board (NITB), keeping in mind the expansion of 4G/LTE/3G usage in the federal capital.

Speaking on the occasion, the minister said after the success of the project in the federal capital, it will be replicated in other cities with the help of relevant local authorities.

“Pakistan has lagged behind in many areas, one of which it is the lack of usage of IT services, especially by the government departments,” Siddiqui said. “Currently, there are instances that traders and shopkeepers develop reasons to sell commodities at increased prices, and the widespread usage of this app will develop awareness among consumers.”

The Islamabad chief commissioner said that the app will help counter illegal profiteering by shopkeepers in Islamabad territory and the residents can easily lodge complaints against overcharging from their mobile phones.

NITB is an attached department of the Ministry of IT & Telecom which was created after the merger of former Pakistan Computer Bureau (PCB) and Electronic Government Directorate (EGD). NITB provides technical guidance and consultancy services to the public-sector organisations for identification of key areas for automation and e-Government projects.

October 17, 2021
PESHAWAR: The Khyber Pakhtunkhwa (KP) government has directed all autonomous bodies in the province to close their bank accounts, urging them to open joint...