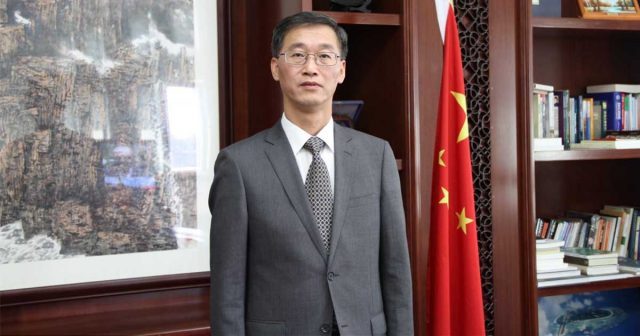 –Positive cases in US, Germany and Russia are people who were recently evacuated from China

ISLAMABAD: Chinese Ambassador Yao Jing on Tuesday said that the Coronavirus outbreak would have no impact on the implementation timelines of projects under both the China, Pakistan Economic Corridor (CPEC) and the Belt and Road Initiative (BRI).

In an exclusive interview with Pakistan Today, Jing said that almost all projects under the early harvest phase of CPEC have been completed or are near completion.

“However, there are a few negotiations on projects in the second phase, like the ML-1, that are currently in process. The government is very keen to get CPEC projects completed in time. We look towards the CPEC and BRI from a long term perspective so, there would be no impact on these projects,” he said, adding that the BRI would help drive the economy of China’s international allies.

BATTLING OUT THE OUTBREAK

Briefing this scribe about the measures taken to contain the epidemic, Jing said that the Chinese government is taking all possible measures to counter coronavirus and prevent further spread.

“The outbreak is a huge challenge for China as well as the rest of the world. It is a welcome sign that 500 people have been cured successfully. Our government is working hard to find proper medication for curing patients with the help of medical experts from all over the globe,” he said.

EVACUATION OF PAKISTANIS IN CHINA NOT ENCOURAGED

Speaking about the Pakistani students living in Wuhan city or elsewhere in China, the Chinese envoy said that China has put restrictions on evacuations from Wuhan city, the centre of the outbreak.

“My job is to do my best to stop the virus from coming into and spreading in Pakistan. For this purpose, we don’t encourage the immediate evacuation of foreigners from China. The Chinese government has serious concerns for the Pakistani community,” he stated while emphasising that Chinese medics have better understanding and capacity to handle the disease.

“Wuhan city has been declared a Red Zone and the city has been totally shut down with a travel ban imposed as well. Those who are in other regions may return to Pakistan but they would have to spend a 14 day incubation period in China before returning. After arriving in Pakistan, they would again have to spend the same incubation period here. Once screened out, they may move to their homes,” the ambassador explained.

“I understand there is panic among Pakistani students. But they need to understand the gravity of the situation. We need to ensure that the disease does not spread to other countries and especially our neighbour. We have reports of positive cases in the US, Germany and Russia and all of those people were recently evacuated from China,” he warned.

NO MAJOR IMPACT ON CHINESE ECONOMY

Asked whether the Chinese economic growth would suffer due to the epidemic, Jing said their economy has a huge size and would be able to manage the crisis.

“We have a manufacturing economy which domestically would suffer in its first quarter this year as huge resources have been allocated to fight coronavirus. However, in the long term, there would be no major impact and we would also overcome the immediate strain,” he added.

Responding to a query about Indian Occupied Kashmir (IoK), Ambassador Yao Jing said that the Kashmir issue is directly related to international justice.

“We are concerned about the situation in Kashmir. From China’s perspective, I think this relates to India, Pakistan relations. Both the countries are neighbours and this historical dispute and you have to find a justified solution.”

He said that Kashmir problem also relates to the South Asia regional peace and stability. He said because of the Kashmir issue, regional tensions may rise which would be detrimental to the international community.

“This is more important that it is related to international justice and one country’s unilateral action can’t be justified. I believe bilateral dialogue is a must for a peaceful solution of Kashmir issue. All the responsible members of the United Nations of the origin should play their constructive role to calm down the situation of unrest,” he maintained.