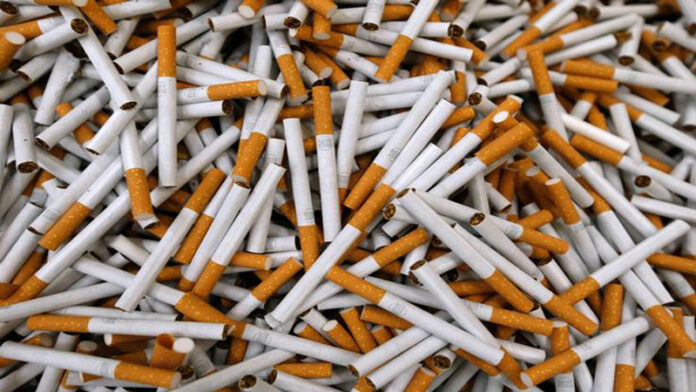 ISLAMABAD: The Federal Board of Revenue (FBR) has confiscated 4.2 million non-duty paid cigarettes, worth over Rs60 million, in two different raids.

According to sources, the high-ups of the FBR’s Inland Revenue (Hyderabad) and regional tax office (Sukkur) confiscated 2.7 million (271 cartons) non-duty paid cigarettes during a raid on ‘Sheikh Goods Transport’ near Sukkur Bypass.

The value of these items was around Rs60 million, as the culprits evaded federal excise duty and the sales tax on these items.

On the other hand, RTO Peshawar Commissioner Tariq Jamal Khattak, with the help of Nowshera and Chamkani Police, seized 1.5 million non-duty paid cigarettes worth Rs2. 7 million while searching a vehicle (LOT-1801).

Sources said the culprits were transferring cigarettes to Punjab from Khyber Pakhtunkhwa, adding that officials have transferred the confiscated goods to the Peshawar tax office.

According to officials, the FBR has increased the surveillance against those people who were involved in the business of non-duty paid cigarettes around the country.