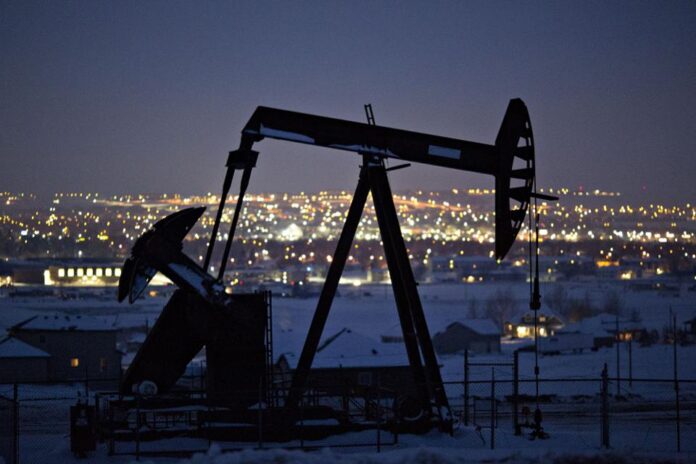 LONDON: Oil prices fell for a third session on Wednesday, with US crude futures tumbling to an 18-year low and Brent hitting a more than 16-year low as travel and social lockdowns to counter the coronavirus raised prospect of the steepest ever annual fall in oil demand.

The last time oil traded that low was when China had only just begun its rise as a global economic superpower that propelled the world’s oil consumption to record highs in subsequent years.

Both contracts were on track for a quarterly decline of about 60pc, the sharpest since at least the 1980s.

Investment banks and consultancies have been making heavy cuts to their demand forecasts as a growing number of the world’s largest cities and economies restrict movement.

“The oil demand collapse from the spreading coronavirus looks increasingly sharp,” Goldman Sachs said in a note, forecasting a fall in Brent prices to as low as $20 in the second quarter, a level not seen since early 2002.

The bank expects a demand contraction of 8 million barrels per day (bpd) by late March and an annual decline in 2020 of 1.1 million bpd, which it said would be the biggest on record.

Rystad Energy has gone even further, projecting a year-on-year decline in demand of 2.8 million bpd, or 2.8pc, this year.

“To put the number into context, last week we projected a decrease of just 600,000 barrels,” Rystad said.

In addition to imposing social restrictions not seen since World War Two, the world’s richest nations prepared to unleash trillions of dollars of spending to reduce the fallout from the coronavirus.