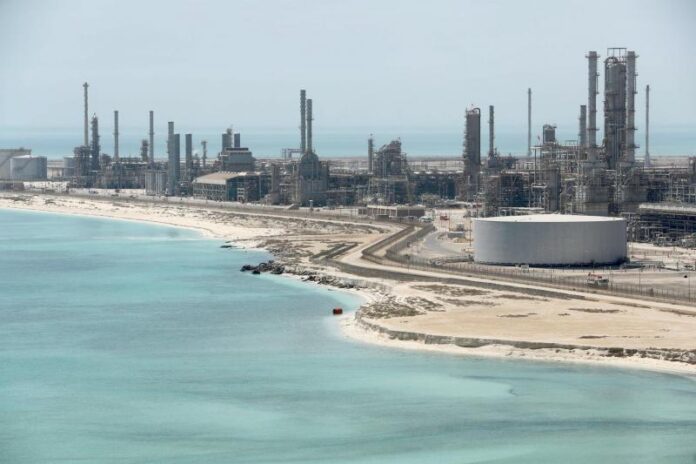 WASHINGTON: The United States on Thursday slapped sanctions on five companies based in the United Arab Emirates for allegedly shipping oil from Iran in defiance of President Donald Trump’s unilateral sanctions.

The Treasury Department said that the five companies bought hundreds of thousands of metric tons’ worth of oil last year from Iran’s state oil company, declaring it to be from Iraq or otherwise disguising its origin.

The sanctions mark a rare US action against firms in the UAE, a close ally of Washington in its campaign against Tehran but also a major trading hub with a significant Iranian expatriate community.

“The Iranian regime uses revenues from petroleum and petrochemical sales to fund its terrorist proxies, like the IRGC-QF, instead of the health and well-being of the Iranian people,” Treasury Secretary Steven Mnuchin said in a statement.

He was referring to the Revolutionary Guards’ elite Qods force, whose commander, Qassem Soleimani, was killed in a US drone strike in January at Baghdad’s airport.

The sanctions will block any US assets of the five companies and prohibit any transactions with them.

Trump in 2018 bolted from an internationally-backed deal under which Iran scaled back its nuclear program and demanded that all countries stop buying the cleric-ruled nation’s oil, its key export.

With the notable exception of China, most countries have reluctantly stopped buying oil from Iran for fear of punishment from the United States.