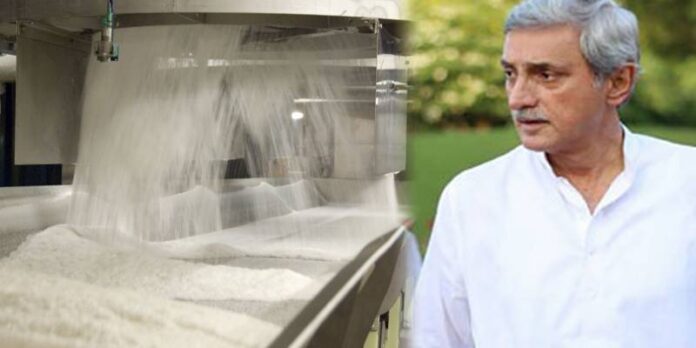 The share price of Jahangir Tareen’s JDW Sugar Mills Limited fell Rs21.05 on Monday after the prime minister’s inquiry committee, which was investigating the recent sugar crisis, identified Tareen’s mills as the largest beneficiary of total export subsidies worth Rs2.4 billion that the Punjab government gave to sugar mills.

The report, published on Saturday, cited untimely exports as the major cause of the sugar crisis in Pakistan, which started last year and continues to date. Tareen’s sugar mills availed Rs561 million or 22.71pc of the total export subsidy, it added.

The JDW stock, which closed at Rs280 on Friday, fell 7.5pc, the highest threshold by which a share can rise or fall in a day, within minutes after the market opened on Monday.

JDW Sugar Mills comprise of three units, two of which are located in Rahim Yar Khan in south Punjab while the other is located in Ghotki, Sindh. It accounts for 17pc of the country’s total sugar product.

Meanwhile, in response to the report, Jahangir Khan Tareen said that a “certain group within the party and the PM’s Principal Secretary Azam Khan were making efforts to sideline him”.

Tareen alleged that Azam Khan had been damaging PM Imran’s government for a long time and that he had also played a key role in getting the Federal Investigation Agency’s (FIA) report against him. The PTI stalwart said that he was in contact with PM Imran and would stand by him through thick or thin.

“However, it is a fact that my relationship with Imran is not as close as it used to be,” Tareen admitted.

He maintained that the FIA report had failed in answering fundamental questions raised by him.

PESHAWAR: Despite the announcement by the Finance Minister Shaukat Tarin, the State Bank of Pakistan (SBP) has yet to issue a notification over doing...
Read more
- Advertisement -