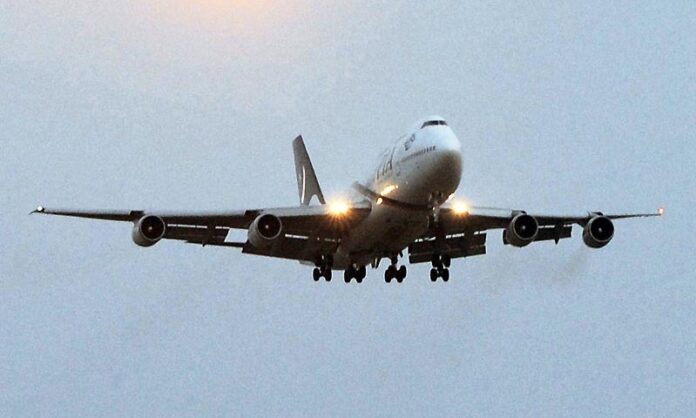 ISLAMABAD: The Civil Aviation Authority (CAA) has suffered a loss of over Rs10.5 billion in two months due to suspension of flight operation in the wake of coronavirus pandemic.

According to the Aviation Division, the CAA suffered a loss of Rs67.5 million per day in the ongoing month due to the suspension of flight operations across the world amid the viral outbreak.

“Over 1,000 flights used to pass through Pakistani air space daily. The figure has now reduced to 22 per cent due to worldwide suspension of international flights amid the coronavirus lockdown.”

The CAA suffered a loss of Rs3.6 billion in the month of March owing to the suspension of flights to different countries, he added.

As many as 1681 international and domestic flights had been canceled during the month of March.

Around 212 flights were cancelled in the first 15 days of the past month, according to documentation released by CAA. The aviation authority had suffered a loss of Rs2723 million due to the flights’ suspension, landing and other charges.

The CAA on Saturday announced an extension in suspension of international flight operations till May 15.

However, relief and cargo flights are being operated with special permission to repatriate thousands of Pakistanis stranded in different countries due to the coronavirus pandemic. PIA has been operating special flights from April 15.