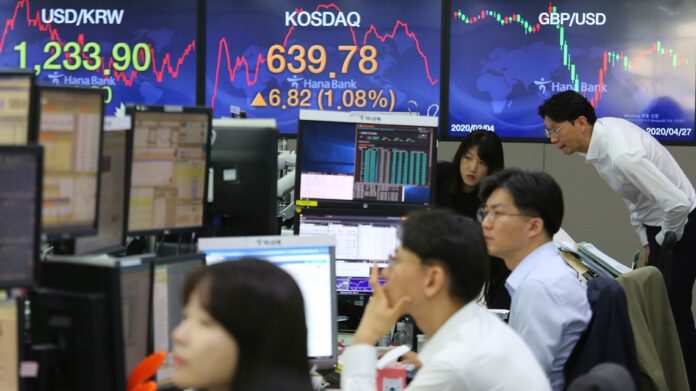 Most equities rose again on Wednesday as investors grew increasingly, but cautiously, hopeful that the worst of the coronavirus had passed and as countries began to slowly open up from lockdown.

While a string of data highlighted the calamity visited upon the global economy by COVID-19, a slowdown in both infections and deaths in some nations is allowing them to ease restrictions that have kept half the planet stuck at home.

Federal Reserve Vice Chairman Richard Clarida provided an upbeat outlook, saying the US economy could see positive growth in the second half of the year, though tempered that by saying it was dependent on containment of the virus. “Risk sentiment continues to be buoyed on news of more countries/states rolling back containment measures, followed by reports of more companies re-opening operations,” said Tapas Strickland of National Australia Bank.

“That is giving hope that rollback will allow economic activity to resume and that we may be passed the trough in economic activity.” Hong Kong rose 0.7 percent, Seoul gained 0.8 percent and Singapore put on 0.9 percent. There were also gains in Taipei, Jakarta and Wellington, though Sydney dropped one percent. Shanghai dipped 0.3 percent.

Fears of a second wave of contamination as the lockdown eases was keeping traders on their toes. “It is absolutely dependent on what happens with respect to infection rates and whether there is the so-called second wave,” Andrew Wilson, at Goldman Sachs Asset Management, told Bloomberg TV.