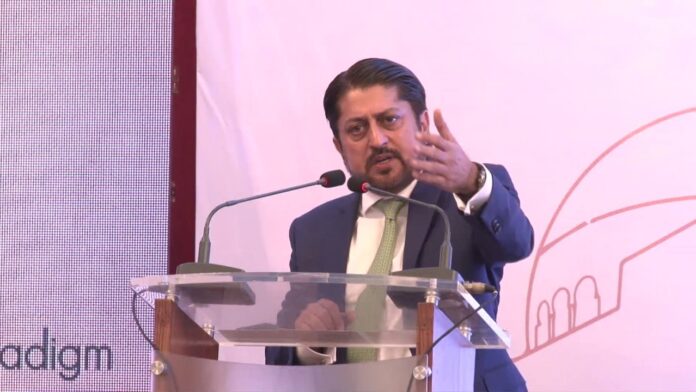 KARACHI: Shazad Dada has stepped down as President and Chief Executive Officer (CEO) of the Standard Chartered Bank Pakistan (SCBPL), according to a statement issued by the bank to the Pakistan Stock Exchange.

Dada is expected to join the United Bank Ltd (UBL) as the CEO, Profit has reliably learnt.

Earlier on Wednesday, SCBPL announced that Dada had decided to step down from the CEO office. The bank statement said the Board of Directors of SCBPL had accepted the resignation of Dada with effect from July 1, 2020.

According to the statement, Dada is to pursue other opportunities outside the group. The statement did not mention UBL.

“The casual vacancy created as a result of the resignation of Dada will be filled in due course of time,” said the bank in its statement.

There are several names speculated to replace Dada, from within the Standard Chartered Bank (SCB) global network. These include Rehan Shaikh, the CEO of the Islamic Banking SCB, based in Dubai; Aalishaan Zaidi, the global head of Digital Banking for Retail SCB, based in Singapore; and Arslan Nayeem, director of Global Corporates SCBPL, based in Pakistan.

However, according to Ahmed, no names to replace Dada have been contacted, and that Dada has not confirmed where he is going after SCBPL. He further added that SCPL has a very robust system in place to pick a successor.

Dada had been holding the position of CEO at SCBPL since 2014. He was previously the managing director and CEO at Barclays Bank Pakistan. He has also been the chief country officer and head of Global Banking at Deutsche Bank AG (Islamabad Branch), and the managing director for Mergers and Acquisitions at Deutsche Bank Securities. Dada received both an undergraduate degree and an MBA from The Wharton School at the University of Pennsylvania.

Should he join UBL, Dada will be transitioning from the head of a small foreign bank (currently the only foreign bank in Pakistan with commercial operations) to one of Pakistan’s largest banks.

He will also be replacing the bank’s current CEO Sima Kamil. Kamil had initially joined UBL as the deputy CEO on March 28, 2017, and then as the CEO on June 1, 2017, replacing Wajahat Hussain. She is the first woman to lead a major Pakistani bank.

Kamil had previously led Habib Bank Ltd’s (HBL) Branch Banking since 2011. She was also the head of the HBL Asset Management Company Ltd. Kamil received a business degree from Kingston University, and an MBA from the City University, London.

Kamil’s three year contract is due to end on May 30, 2020. According to sources, UBL’s shareholders were reportedly unhappy with some of Kamil’s hiring decisions at UBL. There were reportedly also some concerns over UBL’s international divisions loan portfolio, a problematic area that had persisted since at least Wajahat Hussain’s era.

When contacted, Sima Kamil refused to comment on whether Dada is replacing her, or on any opportunities she might pursue after UBL.