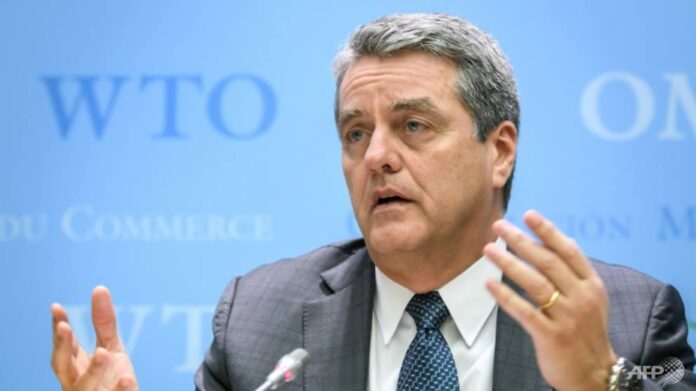 GENEVA/BRUSSELS: The head of the World Trade Organization will announce his early departure on Thursday more than a year before the end of his term, Geneva-based sources said, a surprise move at a time when the agency’s mechanism to resolve disputes has been paralysed.

Brazilian Roberto Azevedo, 62, has been director-general since 2013 and is serving a second term due to conclude at the end of August next year. He has summoned a virtual meeting to inform national members on Thursday afternoon of his decision to step down early, the sources said.

His departure would come at a testing time for the 25-year-old body, which has seen its role in settling disputes undermined after its Appellate Body was paralysed in December by a decision by Washington to block the appointment of judges.

The heads of delegations of the WTO’s 164 members were called to a special meeting to be held at 4 p.m. (1400 GMT) on Thursday to inform them about “pressing WTO administrative issues”.

The WTO said it would make an announcement following the meeting, but would not comment until then.

The WTO club of 164 members, which is designed to set global trading rules, has not produced any major international accord since abandoning “Doha Round” negotiations in 2015.

Its members are negotiating an agreement to cut subsidies for fishing to allow a revival of depleted fish stocks, while a smaller group are discussing a possible deal on e-commerce. However, key differences remain and they are far from the consensus required to agree both deals.

Some members, notably the United States, Japan and the European Union, are pushing for more fundamental reforms. They say global trading rules need to reflect new realities, notably a far stronger China, and address problems such as state-led subsidies and forced technology transfers.

Simon Evenett, professor of international trade and economic development at Switzerland’s University of St. Gallen, said the next director-general would need to put the WTO back together again, with the principle trade battles now in national capitals, not Geneva.

“The next leader of the WTO must command respect in the corridors of power of the major players. This is not the time to promote another ambassador. Someone with very senior government experience or global status is needed,” Evenett said.