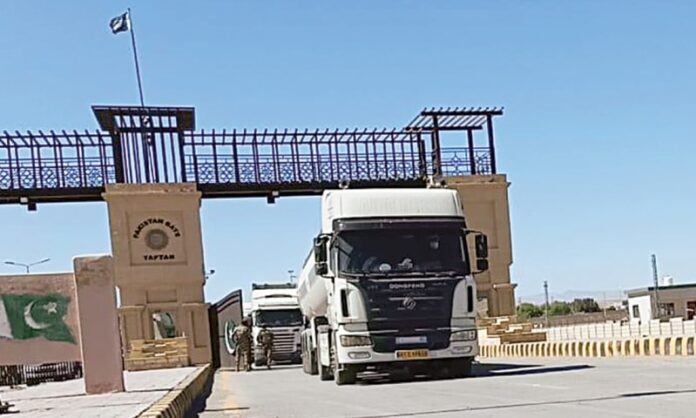 ISLAMABAD: With the government’s intervention, major issues pertaining to the export of mangoes have been resolved, making it easier to achieve the export target of 80,000 metric tonnes for the ongoing season.

According to exporters, the federal government has opened the country’s borders with Afghanistan and Iran for the export of mangoes and vegetables, giving priority to the trucks carrying these perishable items. In addition, they informed, Pakistan International Airlines (PIA) has also announced concessional air freight charges for mango exporters.

As per the sources, burning issues like mango exports via land route through Pak-Iran borders and high air freight charges by the national carrier were highlighted effectively during a recent parliamentary committee meeting.

The meeting was apprised of the plight of exports and growers in the wake of coronavirus and subsequent lockdowns. It was informed that mango export consignments worth millions of dollars were going to waste due to inordinate delays in the opening of borders.

In addition, the meeting was told that the exporters were also encountering problems due to high freight cost by foreign carriers.

The National Assembly’s Special Committee on Agriculture Products paid specific attention to the exporters’ concerns and requested to convene an urgent session to address these issues.

During the session, sources said, all concerned federal ministers and secretaries displayed great team spirit and within a short span of three days managed to resolve the key issues.

PIA CEO Air Marshal (r) Air Marshal Arshad Malik had also participated in this special session and as per the committee’s directive, flew all the way from Islamabad to Karachi to hold an urgent meeting with a delegation of the vegetable exporters to amicably resolve the issue of high freight charges by the national carrier.

All Pakistan Fruit & Vegetable Exporters, Importers & Merchants Association (PFVA) Patron-in-Chief Waheed Ahmed said the prompt and timely decisions taken by the political leadership would provide great relief to the exporters as well millions of labourers who have been struggling to make ends meet during coronavirus. “The people of Balochistan, in particular, would greatly benefit from the opening of the Pak-Iran border, as a number of job opportunities will be created there.”

According to the association, the Ministry of Commerce has issued a notification stating that the Taftan border will remain open for seven days a week.

“With the approval of Command & Control Centre after a notification from the Ministry of Interior, the Taftan border has now been opened for trade, thus the ‘standstill’ export of mangoes has now commenced,” the notification read. “There will be no restriction on the number of trucks carrying trade cargo from either side of the border. Special priority would be given to cargoes carrying mangoes and vegetables.”

The MoC has also issued directives to the Federal Board of Revenue (FBR) to ensure the smooth export of mangoes. “National Logistics Cell (NLC), Frontier Corps and Iranian customs’ officials shall establish an office with mutual cooperation and in the absence of any cold storage facility at the border, the export shipments of mangoes destined to Iran must be cleared  without any delay.”

Meanwhile, the national carrier has reduced its freight charges almost by half in comparison to foreign carriers’ rates for flights to the UK, Europe, Doha, Muscat, UAE, Kuwait, Dammam, Madinah, Riyadh, Tokyo, Beijing and Kuala Lumpur.

The national carrier would charge $2.5 per kg for the UK, as against $3.4 per kg being charged by foreign carriers. Similarly, the freight cost for Europe has been also reduced to $2.5 per kg from $3.4 per kg.

Moreover, Adviser to PM on Commerce and Investment Abdul Razak Dawood informed on Thursday that the Iranian Ministry of Agriculture and Pakistan’s Department of Plant Protection have collaborated to recognise and have allowed six more Pakistani firms to export mangoes to Iran.

Taking to Twitter, he wrote, “Iranian Consulate in Quetta has confirmed that they will attest documents for at least 30 shipments of mango exports daily. Iranian trucks will take Pakistani mangoes to Iran from the border following SOPs for prevention of Covid-19 in place.”