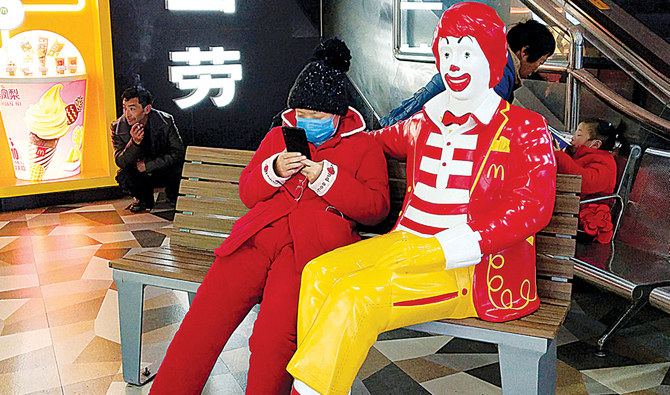 McDonald’s Corp on Tuesday reported a broad drop in global same-store sales and missed profit expectations, as its restaurants were shut due to the Covid-19 pandemic, limiting operations to only drive-thru and delivery.

McDonald’s Corp on Tuesday reported a broad drop in global same-store sales and missed profit expectations, as its restaurants were shut due to the Covid-19 pandemic, limiting operations to only drive-thru and delivery.

Shares of the Chicago-based burger chain sank more than 2.5pc.

Global same-store sales fell 23.9pc in the second quarter, dragged down by big international markets including the United Kingdom, France and Latin America.

Analysts had forecast a 23.24pc fall, according to IBES data from Refinitiv.

In the United States, where the company operates more than a third of its restaurants, same-restaurant sales fell 8.7pc but were better than the anticipated 9.97pc fall, as most locations were able to stay open with drive-thru and delivery options.

On a conference call with investors, executives struck a cautious tone but noted that US July sales have improved and should end “slightly positive” for the full month.

The second quarter “represents the trough in our performance as McDonald’s has learned to adjust our operations to this new environment,” Chief Executive Officer Chris Kempczinski said.

Restaurants struggled to cope with the changing dynamics and consumer behaviours around the health crisis, forcing them to simplify menus and shift largely to online and mobile orders for pickup, delivery and drive-thru.

As lockdowns eased, sales improved and losses were not as bad, providing some optimism for a measured rebound.

About 96pc of McDonald’s locations are operating with drive-thru, delivery or reduced seating capacity.

The company plans an advertising push in the second half of the year, having “amassed a sizeable marketing war chest,” Kempczinski said.

It had cut spending on US marketing 70pc in the second quarter to “conserve resources” but will now reinvest that money.

Most of that will promote core menu items and digital ordering, though some menu innovation is planned.

The company also expects to collect during the second half of the year the majority of rent it had deferred from franchisees.

McDonald’s also sees a chance to grow in Europe, where “some independent restaurant units … are having some bigger challenges, which may present some further opportunities for us.”