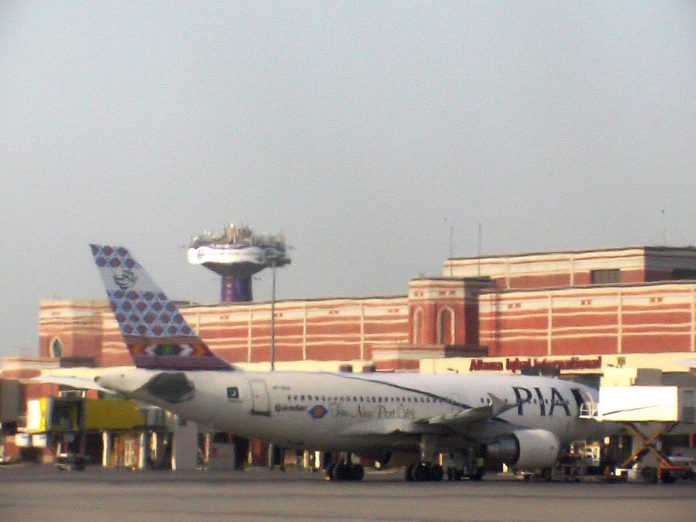 ISLAMABAD: The federal government has been paving the path to outsource major airports of the country to foreign companies and a committee led by Adviser to Prime Minister on Commerce and Investment Abdul Razak Dawood has submitted a report to Prime Minister (PM) Imran Khan in this regard.

According to sources, considering the sensitivity of the operation and involvement of strategic assets the cabinet committee headed Razak Dawood in a report titled “Report on Outsourcing of Major Airports of Pakistan” has recommended the establishment of two separate authorities namely Pakistan Civil Aviation Authority (PCAA) and Pakistan Airports Authority (PAA).

According to the report, PCAA would be entrusted with regulatory functions and PAA would look after the commercial aspects of the airports.

Sources said that the functional separation of the Civil Aviation Authority (CAA) would be performed after obtaining approval from the CAA board. They further said that the process for outsourcing of airports would be undertaken in two phases. In the first phase the airports would be corporatized as per decision of the government in order to attract private investors and in the second phase the transaction would take place through the Privatisation Commission by hiring a financial adviser or an investment banking firm.

Furthermore, the committee also recommended that airports should not be outsourced to foreign nationals originating from countries like India or Israel.

This committee has so far convened six meetings including meetings with the Ministry of Defence and other stakeholders and has submitted a report of its findings to the prime minister.

Similarly, after approval of the proposal for the establishment of PAA, the PAA Bill 2020 will be prepared for improving the services efficiency of the airports. This bill will have enabling provisions for incorporation of subsidiaries under the Companies Act, 2017. Furthermore, airports and air navigation assets will be transferred from the existing authority to the newly established authority by law.

They further said that the Supreme Court in a decision dated February 19. 2020 had also directed that no land around the Jinnah International Airport, Karachi will be used for any commercial exploitation. Sources said that the federal government has advised the Aviation Division to clear the reservation of courts and inform them that airports will be outsourced under international standards. The prime minister also directed that the matter should be presented before the law committee of the cabinet.