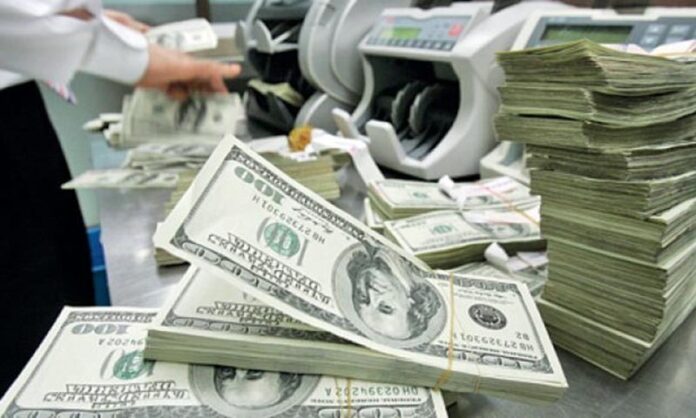 KARACHI: The government paid $11.895 billion in external public debt servicing during 2019-20, as per the latest data released by the State Bank of Pakistan (SBP) on Wednesday.

Out of the $11.895 billion paid this year, the SBP data shows $9.543 billion as principal for public debt and $2.352 billion in interest. Out of the total amount $10.71 billion were given as payments to multilateral commercial loans etc. while $904 million of these were paid to the International Monetary Fund (IMF) and $820 million were spent on meeting foreign exchange liabilities.

This rise in the cost of public debt and debt servicing can cause major problems for the government exchequer, but to counter this Pakistan will require a sharp decline in the current account deficit in FY20 and a surplus of $424 million in July next year to strengthen the external account.

The SBP data also showed that the total principal amount of long-term debt was around $14.578bn which was paid as debt servicing while the interest included in it was $3.233bn.