CENTAIC will enable PAF to develop sensor fusion technology that combines sensory data from multiple sources such as radars, lidars, and cameras to form a single model having the least uncertainty as it balances the strengths of different sensors 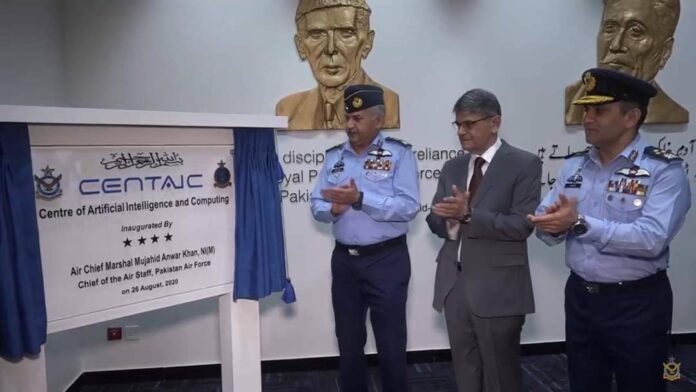 In an official statement, PAF Chief of Air Staff (CAS), Air Chief Marshal (ACM) Mujahid Anwar Khan, said that CENTAIC will be the vanguard of AI development in the country for both military and civilian purposes, enabling the PAF to integrate AI into its operational domain. It will also enable Pakistan to sign bilateral R&D initiatives with different countries.

CENTAIC will enable PAF to develop sensor fusion technology, a technology that combines sensory data from multiple sources such as radars, lidars, and cameras to form a single model having the least uncertainty as it balances the strengths of different sensors.

CENTAIC will also drive the development of PAF’s fifth-generation stealth fighter jets, medium-altitude long-endurance (MALE) unmanned aerial vehicles (UAVs), and other advanced weapons under the Project Azm. AI could be employed in Project Azm for several applications such as algorithms for guidance systems for air-to-air and air-to-surface missiles, image processing for TV/IR seekers, and human-machine-interfaces (HMI).