Sales tax to be 0pc on input stage for EV, 5pc for 5 years thereafter

Tax exemption given for registration, whereas 50 pc token tax to be implemented 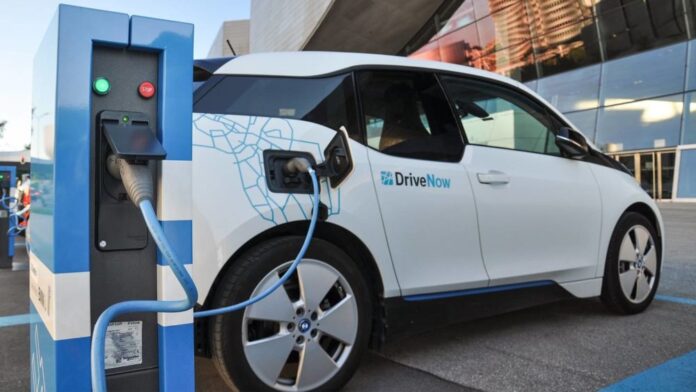 ISLAMABAD: A number of tax incentives and exemptions for two and three wheeler vehicles are on the card as the Ministry of Industry and Production (MoIP) and the Ministry of Climate Change (MoCC) finalised their proposals, Profit has learnt.

Sources said that a high level committee, under the chair of Advisor to the Prime Minister on Commerce Razzaq Dawood, held a meeting with regard to Electric Vehicle (EV) policy formulation.  MoCC proposed 1 percent general sales tax (GST) on sales for seven years for two to three wheelers whereas MOIP recommended that sales tax should be 5 percent for 5 years and zero percent on input stage in order to avoid refunds. The committee agreed to the MoIP proposal.

Similarly, MoCC proposed EVs to be given exemption from registration and annual token tax while MoIP also gave the same proposal. However the meeting decided to give exemption only to the extent of registration whereas 50 percent token tax would be implemented.

The committee agreed that the existing regime will continue to protect already achieved localization and no localization will be achieved if cascading tariff is not put in place. In addition, MoCC proposed to allow import up to 3 years old used EVs for transfer of technology as the local manufacturing industry gets mature whereas MOIP proposed importation allowed at 50 percent of prevailing CD for test marketing to argument manufacturing. It also recommended that imports should be linked to new investment as well as expansion.

The meeting noted that import of used EVs cannot be classified as transfer of technology, while import of used 2/3 wheelers could result in acquisition of older generation and obstacle products/technologies. The committee also said that CBUs or older vehicle import is equivalent to exporting our indigenous jobs, battery life is questionable in case of import of used EVs, and end consumers will likely suffer due to sub-standard products. However, in case of locally manufactured EVs, after sales service can be ensured, which is not possible for old/used EVs.

MOCC propose government to purchase 1000 buses/trucks and ask commercial operators to operate for concessionary period, given that they establish charging infrastructure whereas MoIP in its proposal said that CD on chargers is already at zero percent in chapter 85 of Pakistan Customs Tariff (PCT) so the chair decided that government will not support unnecessary involvement in Purchase of Vehicles.

MoCC also proposed to import the first 200 electric buses/trucks at less than 1 percent CD, with agreement to manufacture 800 buses/trucks in Pakistan whereas MoIP in its proposal said that 1 percent CD on import of buses in CBU condition without other prerequisite. The chair noted that Automotive Development Policy (ADP) 2016-21 provides 1 percent CD on Hybrid Electric Vehicles (HEV). Same rate extended to pure EVs with quantitative restrictions.

MoCC proposed greenfield incentives of ADP 2016-21 (Duty Free Import of Machinery) while MoIP in its proposals recommended that MOIP zero percent CD and taxes (IT&ST) on imports of machinery and equipment for EVs. In addition, five year income tax exemption should also be given for auto part manufacturers for setting up manufacturing policy for EVs related equipment and inputs for EV vendors to be exempted from duties and taxes for 5 years.

The chair noted that segment specific interventions required as ADP 2016-21 does not include 2/3 wheelers and 100 units per variant allowed to manufacturers. MoCC also proposed a 1 percent CD, 1 percent sales tax for all chargers including on road wireless chargers, super capacitors for 5 years and electricity smart meters to be installed. MoIP in its proposal said that 1 percent CD, 5 percent sales tax for 5 years (as charger is normally provided with vehicle, loans facility at 5 percent interest for infrastructure development equipment/ charging stations and 5 years income tax exemption for manufactures EV equipment and infrastructure development.

The chair noted that Import of charging stations for electric vehicles under HS Code 8504.4030 are already allowed at zero percent CD and 17 percent ST. He also said that we need to incentivize manufacture of charging equipment in Pakistan.