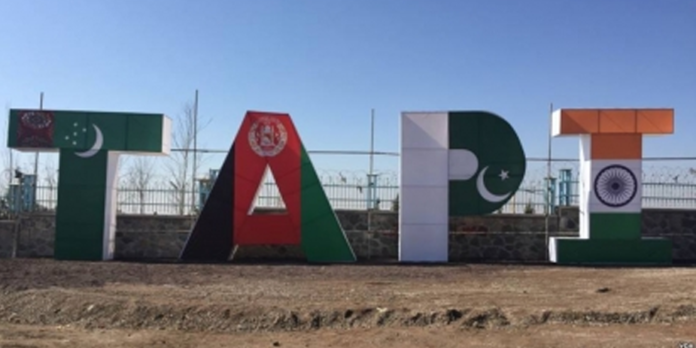 ISLAMABAD: Turkmenistan Ambassador to Pakistan Atadjan Movlamov on Sunday announced that the Turkmenistan-Afghanistan-Pakistan-India (TAPI) gas pipeline is at the stage of practical implementation, adding that the project is certain to be a game changer for Pakistan’s economic prosperity.

He stated this while meeting with representatives of the (EJAF) Economic Journalist Association Forum in Islamabad.

Movlamov said that a 1,840km long pipeline transporting natural gas from Turkmenistan to Afghanistan, Pakistan and India would be constructed by the state-owned gas companies under the TAPI project.

“We have been finalising agreements with the Pakistani government and are considering to start construction soon after that”, he said, adding that his government will complete the pipeline’s construction within this year.

The Turkmenistan ambassador said that the TAPI project can change Pakistan’s fortunes as natural gas power generation is significantly cheaper than diesel and fuel oil, besides access to natural gas will stimulate industrialisation and investment.

Similarly, Pakistan and Afghanistan will benefit from billions of dollars of transit fees and this project shall also bring a Know-how for the region in terms of modern hi-tech equipment, technologies and so forth.

He said that the project also has social and environmental importance as natural gas offers a safer and cleaner alternative to coal and diesel-fired power generation.

Presently, India and Pakistan are among the world’s largest contributors of CO2 emissions; 7.5 per cent of global emissions.

Movlamov said that along with the TAPI pipeline project, a 1635 km fibre-optic line will be laid from the border of Turkmenistan across Afghanistan and Pakistan. “The fibre-optic facility will monitor gas pipelines and provide the data of Europe, Asia and South-East Asia at a speed of 100GBs per second with the ability to increase up to 6TBs per second.

Apart from this, he said, there is a Turkmenistan-Afghanistan-Pakistan Power Transmission Project and the new TAP electric line will not only provide TAPI gas pipeline and its facilities with electric energy but also allow export of up to 3000-megawatt energy via Afghanistan to Pakistan.

Responding to a question, the ambassador said that the project would strengthen peace, stability, and security among neighbouring countries and create motivation for resolving important issues.

He added that said that anyone can make an investment in the TAPI project.

The Turkmenistan ambassador also said that his country has a desire to participate in the China Pakistan Economic Corridor (CPEC).