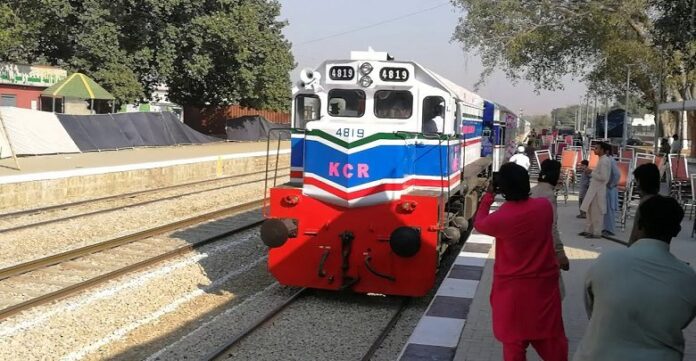 KARACHI: The test run of the much-awaited Karachi Circular Railway (KCR) has begun, as a KCR train comprising four bogies and two locomotives travelled a 14-kilometre-long distance from Karachi’s City Railway Station to Orangi Town, according to the people familiar with the matter.

The train took around two hours to cover the entire distance which was supposed to take minutes, they said, adding this was due to the dilapidated condition of the tracks and stations.

As the railway ministry has announced to run the first train from November 16, not a single station, platform or ticket office was in presentable condition, sources said.

Federal Railways Minister Sheikh Rasheed Ahmed had last Wednesday said that the 14km KCR track was ready while the remaining track would be laid by the Sindh government. “As many as 10 coaches are ready to ply the KCR track while work on 40 more coaches is underway” he added.

According to Pakistan Railways, the KCR project would be completed in three phases. The length of the project was 43.13km, including 14.95km on ground and 28.18km elevated. KCR would have 24 stations and its per-day ridership would be around 550,000.

In the first phase, the KCR line from Karachi City Station to Orangi Town would become operational with 32 trains plying on the track. Its per-day ridership would be around 16,000, while the restoration of the first phase will cost Rs1.25 billion.

The second phase of KCR would cost Rs8.70 billion, whereas the third phase would be completed under public-private partnership.