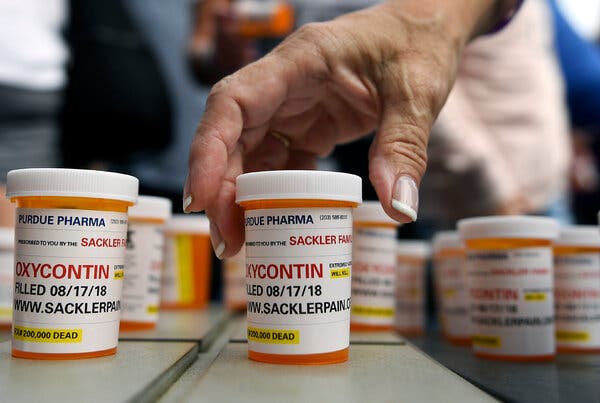 One of the most prestigious consulting firms in the world, McKinsey & Company, advised Purdue, producer of the addictive painkiller OxyContin, to give drug distributors a rebate for every OxyContin overdose attributable to pills they sold, according to bankruptcy filings obtained and reviewed by the New York Times.

It may be mentioned here that Purdue Pharma on Tuesday pleaded guilty to three criminal charges, formally admitting its role in an opioid epidemic that has contributed to hundreds of thousands of deaths over the past two decades, according to foreign media reports.

Interestingly, the advice given to Purdue’s owners, the Sackler family, to drive sales of the drug, was at a time when opioid abuse had killed thousands of people in the US.

According to the New York Times report, the advice to offer rebates was one of several options McKinsey had presented to the billionaire Sackler family and their drug company.

During Tuesday’s court proceedings, Purdue also acknowledged that it had not maintained an effective programme to prevent prescription drugs from being diverted to the black market, even though it had told the DEA it did have such a program, and that it provided misleading information to the agency as a way to boost company manufacturing quotas.

It also admitted paying doctors through a speakers programme to induce them to write more prescriptions for its painkillers.

According to the details, the consulting company allegedly projected that thousands of customers of a certain US pharmacy would either overdose or develop an opioid addiction in 2019 and that Purdue would pay the pharmacy a $36.8 million rebate that year.

Rebates and other strategies were McKinsey’s attempts to help Purdue find a way “to counter the emotional messages from mothers with teenagers that overdosed” on OxyContin.

McKinsey’s involvement with Purdue Pharma came to light after Massachusetts, one of the states suing Purdue, released documents last year that linked the two companies.

The documents reportedly showed that the consulting company was helping Purdue find a way to counter the “emotional” messaging from concerned mothers with children that have overdosed, according to the Times.