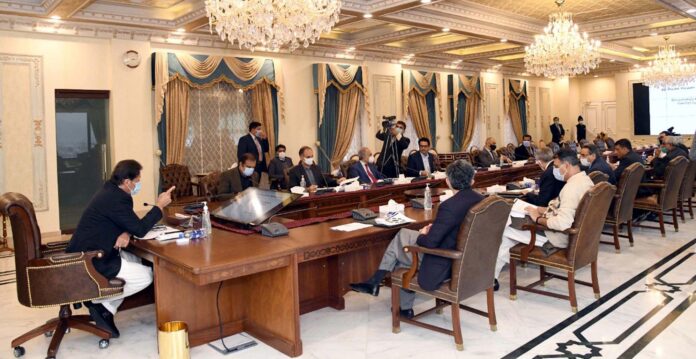 Presiding over a meeting on the establishment of Coastal Oil Refinery by PARCO, the PM termed the addition of PARCO’s refinery as a “good omen” for the country’s petroleum sector.

Power Minister Omar Ayub Khan and Special Assistant to PM on Petroleum Nadeem Babar were also present on the occasion.

The meeting was informed that work on the construction of the [refinery] terminal would start within the next six months, while that on the establishment of the refinery would commence after a year.

Meanwhile, in another meeting on Monday, Prime Minister Imran Khan directed the concerned authorities to take all necessary steps to bring improvements in the energy sector.

While reviewing the progress on reforms in the energy sector, the PM emphasised that all stakeholders must fulfil their responsibilities in this regard within the stipulated period.

He said a mechanism should be evolved so that the subsidy on electricity is only available to the poor and deserving people.