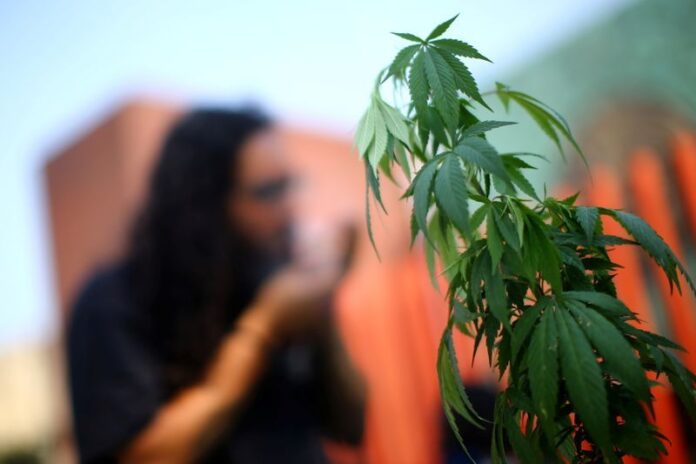 WM Holding Company, a cannabis technology company which operates the online US platform Weedmaps where users find and rate marijuana sellers, said on Thursday it has agreed to go public through a merger with Silver Spike Acquisition Corp.

The deal to take Weedmaps public, which values the company at around $1.5 billion, is a rare example of a business focused on the cannabis sector listing on a US stock exchange.

Companies are unable to list shares in the United States if their business involves selling marijuana or is “plant touching,” which Weedmaps is not.

“When you look at what we’re offering (to investors), there’s really not too much else like it,” WMH Chief Executive Chris Beals said in an interview.

Irvine, California-based Weedmaps was founded in 2008 by Doug Francis and Justin Hartfield, and sells a cloud-based operating system for cannabis retailers as well as hosting a review and ratings platform for sellers.

Weedmaps expects to receive gross proceeds of up to $575 million from the deal, in part from proceeds Silver Spike had raised and also through $325 million in a private investment in public equity, or PIPE, transaction. Investors in the PIPE include funds from the Federated Hermes Kaufmann Funds, Senvest Management LLC and AFV Partners

Silver Spike shares were indicated up 8.8pc at $11.41 in premarket trading. Reuters first reported news of the deal on Wednesday.

The merger agreement comes less than a week after the US House of Representatives voted to decriminalize marijuana at the federal level, the first time either chamber of Congress has voted to end the federal ban on marijuana since the drug was listed as a “controlled substance” in 1970.

The legislation is not expected to advance further as long as the Senate remains in Republican hands. Nevertheless, 15 US states and the District of Columbia have legalized recreational use of marijuana, and over 30 states allow some form of the drug for medicinal purposes.

Weedmaps is on track to deliver $160 million in revenue and has been profitable for its entire 12-year history, Beals said.

Silver Spike is a special purpose acquisition company (SPAC), which raise funds in an initial public offering (IPO) with the aim of buying a private company. The acquired company then becomes public as a result of the merger and is an alternative to the traditional IPO process.

SPACs have emerged as an increasingly popular route to the stock market for private companies given that they can be completed more quickly than an IPO and there is greater certainty over the funds a company will raise.

Silver Spike, led by cannabis industry executive Scott Gordon, raised $250 million in an August, 2019 IPO on Nasdaq with a focus on buying a company in the cannabis sector.

“There was no better opportunity and no more dynamic company and story for us to consider a transaction with than with WMH,” Gordon said in an interview.