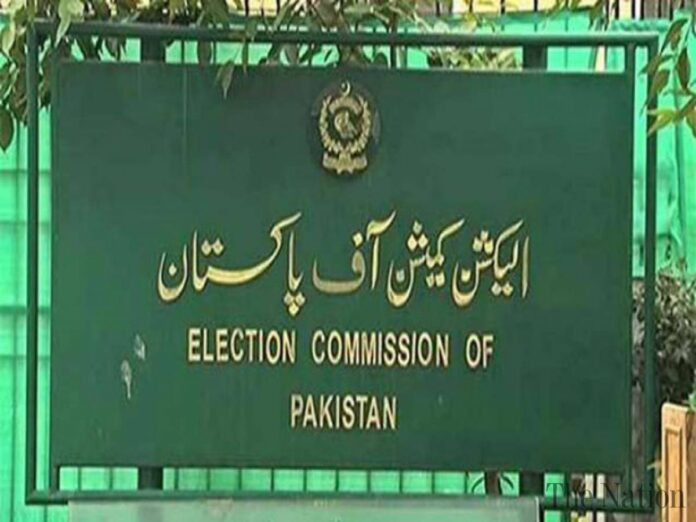 ISLAMABAD: The Pakistan Tehreek-e-Insaf (PTI) has informed the Election Commission of Pakistan (ECP) that they had rigorously followed rules in collecting party funds from its workers abroad and if any illegal practice has taken place in collecting funds abroad, the ‘agents’ assigned the task were responsible while the party has nothing to do with it.
According to sources in the ECP, PTI has submitted its response with the commission in the foreign funding case.
It may be noted that PTI has been accused of using delaying tactics in the foreign funding case which is pending with the ECP for a long time. The party has been accused of employing legal hurdles and delaying tactics but the action in the foreign funding case has intensified after the announcement of opposition’s protests outside the ECP office on January 19.
Earlier, in its replies to the commission, PTI had claimed that the party had not received any illegal funding, but in its recent reply, the party had changed its stance.
In a reply submitted to the commission, the PTI said that on the directive of Imran Khan, two agents were deployed for gathering party funds in the United States and they were given clear instructions regarding the party funding.
It should be noted that the foreign funding case against PTI was filed with the ECP in 2014 by Akbar S Babar, a close friend of Imran Khan and the founding leader of the party.
It was alleged that the PTI had hidden the funding accounts from the commission in which money was deposited from abroad. During the ECP scrutiny, the State Bank of Pakistan (SBP) confirmed the allegation and said that the PTI has 23 accounts.
ECP SUMMONS PPP, PML-N IN FOREIGN FUNDING CASE:
ECP has summoned the Pakistan Muslim League-Nawaz (PML-N) and the Pakistan People’s Party (PPP) in the party funding case.
According to details available with Pakistan Today, the PPP and PML-N were summoned on January 18 in a party funding case. Farrukh Habib of the PTI had applied for an inquiry into foreign funding. The PML-N has been directed to appear before the scrutiny committee on January 18 at 12 pm. PPP has been called for scrutiny at 2 pm.
In this regard, Habib has contended that the truth is that the PML-N and PPP were involved in amassing illegal foreign funds and the ECP is going to take the two parties to task. He said that the leadership of both PPP and PML-N tells lies in response to each question as both the parties were being led by “corrupt and crook politicians”.