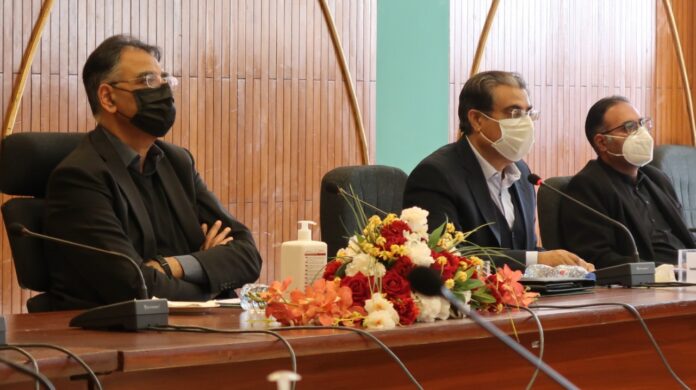 ISLAMABAD: The first sub-committee meeting of the National Economic Council (NEC) on Sustainable Development Goals (SDGs) discussed the existing status of implementation, institutional arrangements and way forward by the government to align SDGs with the development framework in the country besides, improving coordination for a monitoring and reporting system.

The meeting was chaired by Minister for Planning Development and Special Initiatives, Asad Umar here on Wednesday. Secretary Planning, SDGs chief, representatives from provincial Planning and Development departments and officials from Azad Jammu and Kashmir (AJK) and Gilgit Baltistan (GB) attended the meeting.

The SDGs chief briefed the meeting on the implementation of already approved SDGs framework by federal, provinces and area governments requires attention.

The sub-committee reviewed the recommendations on SDGs and directed provincials departments to establish sections with regular staff for coordination and implementation as well as agreeing on establishing technical committees of relevant stakeholders in all the federal ministries.

It directed to form a working group under the SDG section of the Ministry of Planning with nominees from Provinces to strengthen, coordination for accelerated progress on SDGs, in addition to directing federal ministries and provincial departments to develop an implementation plan on key priority targets identified in national and provincial SDGs framework.

Further, the sub-committee discussed the mechanism of data flows to MoPD&SI, SDGs reporting and role of Pakistan Bureau of Statistics (PBS).

The PBS informed the committee that currently, Pakistan can report against 80 indicators.
“A total of 48 indicators are from surveys administrated by PBS. The availability of authentic data is essential for decision making and the provision of provincial
indicators will help policymakers to identify the regional gaps,” a representative of the PBS added.

The sub-committee, in principle, approved the decision of data reporting from surveys administrated by PBS, which will take precedence over all other survey sources in case of multiplicity or overlap at both federal and provincial reporting levels.

It was decided that PBS and provincial bureaus will publish a progress report on an annual basis based on survey and administrative data sources.

It may be noted here that the SDGs dashboard and SDGs index are being presented before the NEC sub-committee for real-time progress monitoring and reporting of SDGs in Pakistan to provide a comparative analysis of SDGs progress among provinces, special areas and districts level.

Towards the end of the meeting, Asad Umar emphasised that the government was committed to providing all possible facilities to the most vulnerable and marginalised sections of society.

The progress report of the sub-committee, the minister said, would be presented in the NEC meeting which would be chaired by the prime minister.