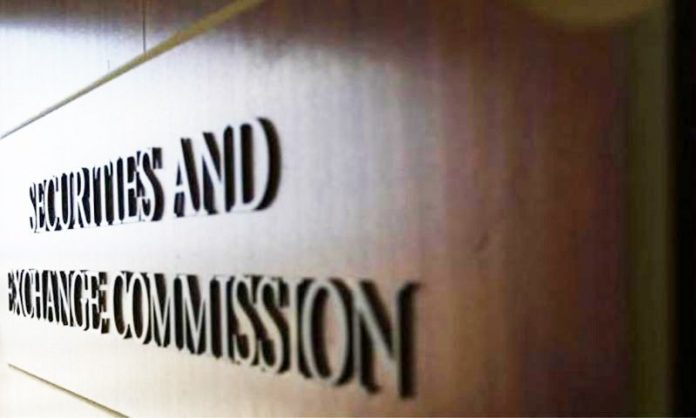 ISLAMABAD: The Securities and Exchange Commission of Pakistan (SECP) has taken stern action against two companies engaged in luring the general public to unauthorised investments by using registrations of relevant authorities.

In a statement on Thursday, the SECP said it has made public a list of 50 companies involved in similar unauthorised business activities, including illegally collecting deposits from investors by making false promises of exceptionally tantalizing returns.

“While exercising its regulatory power to curb the menace of illegal business practices in the country, the SECP has taken stern actions against Lasani Oil Traders (Private) Limited and New Lassani Chicks & Chicken (Private) Limited,” the statement read. “The SECP has promptly initiated legal proceedings for the winding up of these companies in terms of section 301 read with section 304 of the Companies Act, 2017 and disqualification of directors thereof in terms of section 172 of the Act.”

The commission observed that both the companies were using their registration with SECP and FBR to win public confidence and were publicising unauthorised investment schemes through Facebook groups and posts on social media.

In an attempt to block companies’ access to the general public, the SECP approached PTA to block Facebook/twitter pages, cell phone numbers registered in the name of companies and its directors. It also made reference of the case to the relevant law enforcement agency.

The SECP said that mere registration of a company with SECP does not authorise acceptance of deposits from the general public. Deposit taking by companies other than banking companies is illegal in terms of section 84 of the Act.

The SECP advised the general public to be careful in their own interest and not to deal and invest in illegal schemes offered by such companies.