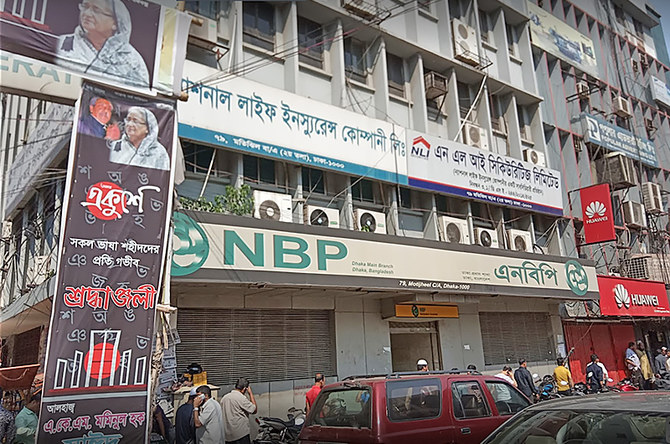 The National Bank of Pakistan (NBP) is closing one of its Bangladesh branches after failing to recover nearly 98pc of its loans from Bangladeshi debtors, the bank’s country head has said.

The government-owned NBP has branches in 21 countries and assets worth $20 billion. It has been operating in Bangladesh as NBP-BD since 1994, with four branches in three cities, serving about 8,000 customers.

“We are going to close the operations at our Sylhet branch due to an extraordinary situation,” Mohammad Quamruzzaman, NBP-BD chief executive said. “The headquarters in Pakistan has given us the approval, and the shutdown process is underway.”

In the past six years, the bank has filed 143 cases against loan defaulters, recovering about $23 million, Quamruzzaman said, adding that the bank is now trying to recover more without litigation and had suspended loan disbursement last year.

“Our high priority now is to recover the non-performing loans. We are focusing on an alternative dispute resolution (ADR) process where we sit at the negotiation table with the clients,” he said.

“The good news is that we are receiving some positive results in the ADR process where the banks offer concessions to the defaulters and they, in turn, get the opportunity to have a clear banking credit record,” he said. Without clearing their records, Quamruzzaman added, businesses “can’t avail loans from any other banks in the future.”

“During negotiation we offered the bank to repay around $16.5 million. We sent this proposal in December 2019 and there was no work last year due to coronavirus pandemic,” Alam said. “I had a discussion with the bank around three weeks back and they assured to resolve the matter shortly according to our negotiations.”