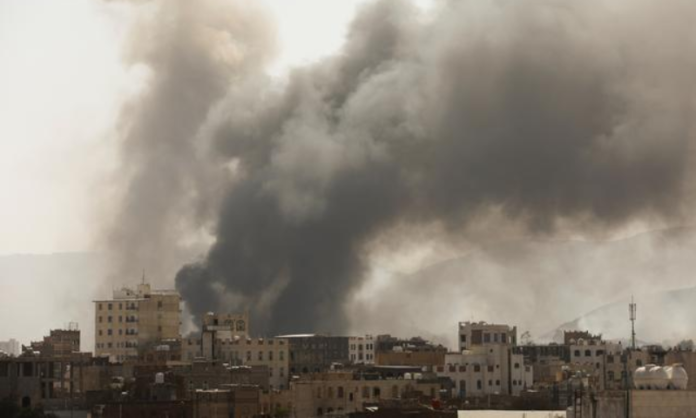 SINGAPORE: Brent crude futures climbed above $70 a barrel on Monday for the first time since the Covid-19 pandemic began, while US crude touched its highest in more than two years, following reports of attacks on Saudi Arabian facilities.

Asian stocks also rose after the US Senate approved a $1.9 trillion stimulus bill while positive economic data from the United States and China bode well for a global economic rebound.

Yemen’s Houthi forces fired drones and missiles at the heart of Saudi Arabia’s oil industry on Sunday, including a Saudi Aramco facility at Ras Tanura vital to petroleum exports, in what Riyadh called a failed assault on global energy security.

“We could see further upside in the market in the near-term, particularly as the market probably now needs to be pricing in some sort of risk premium, with these attacks picking up in frequency,” ING analysts said in a report, noting that this was the second attack this month following an incident in Jeddah on March 4.

RBC Capital’s Helima Croft said the latest incident underscored just how dangerous the security environment remains in the region nearly 18 months after the September 14, 2019 Iranian strikes that temporarily took offline half of the kingdom’s oil output.

Brent and WTI prices are up for the fourth consecutive session after OPEC and its allies decided to keep production cuts largely unchanged in April.

China’s crude shipments in the first two months of 2021 are up 4.1% on year after the world’s top importer expanded its refining capacity and as its fuel demand continued to grow.

“The decision to keep quotas unchanged signals the group’s intent to drawdown inventories further, without concern of overtightening the market,” ANZ analysts said in a note.

However, the energy minister in the world’s third-largest crude importer, India, said higher prices could threaten the consumption led-recovery in some countries. 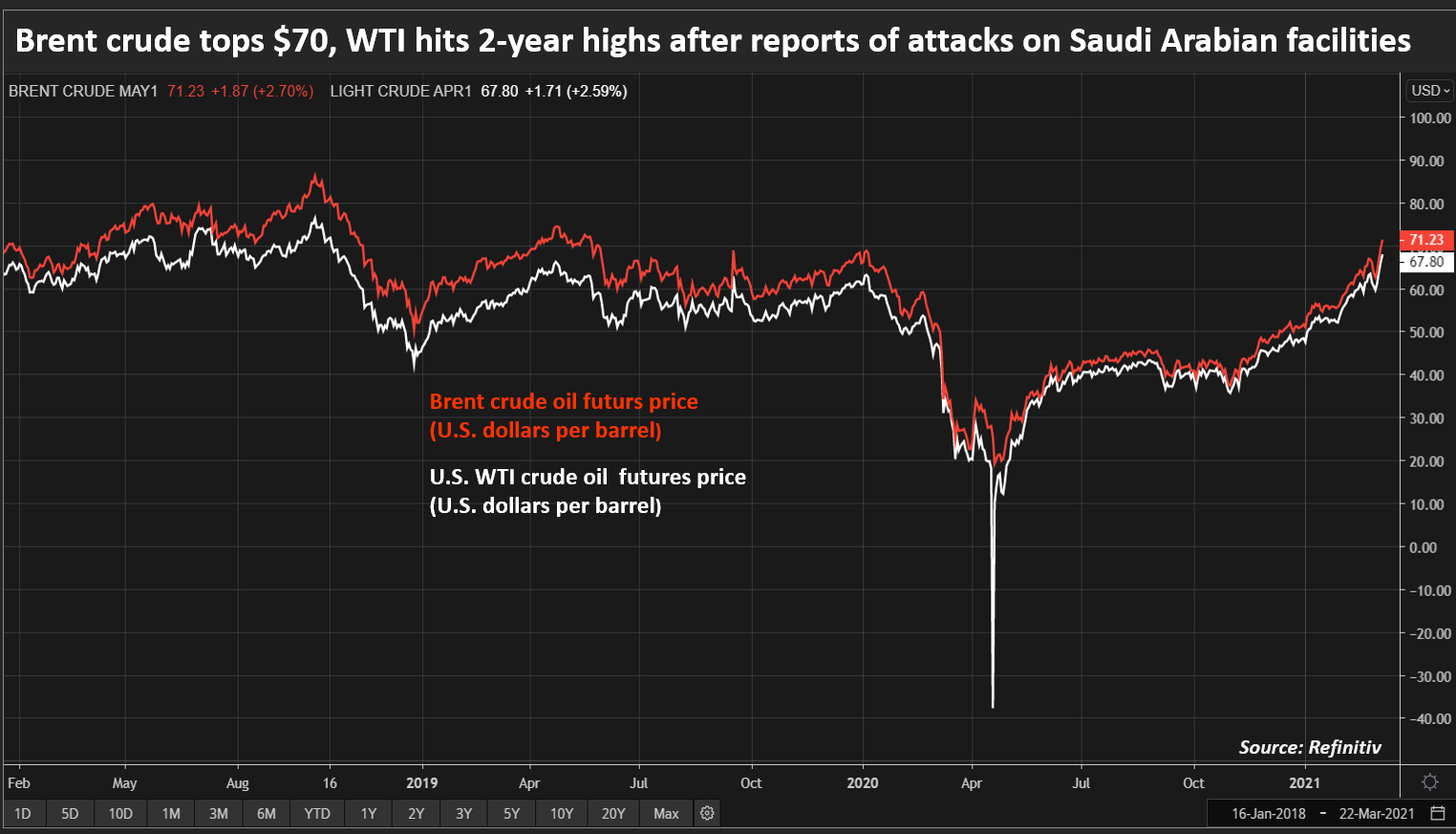 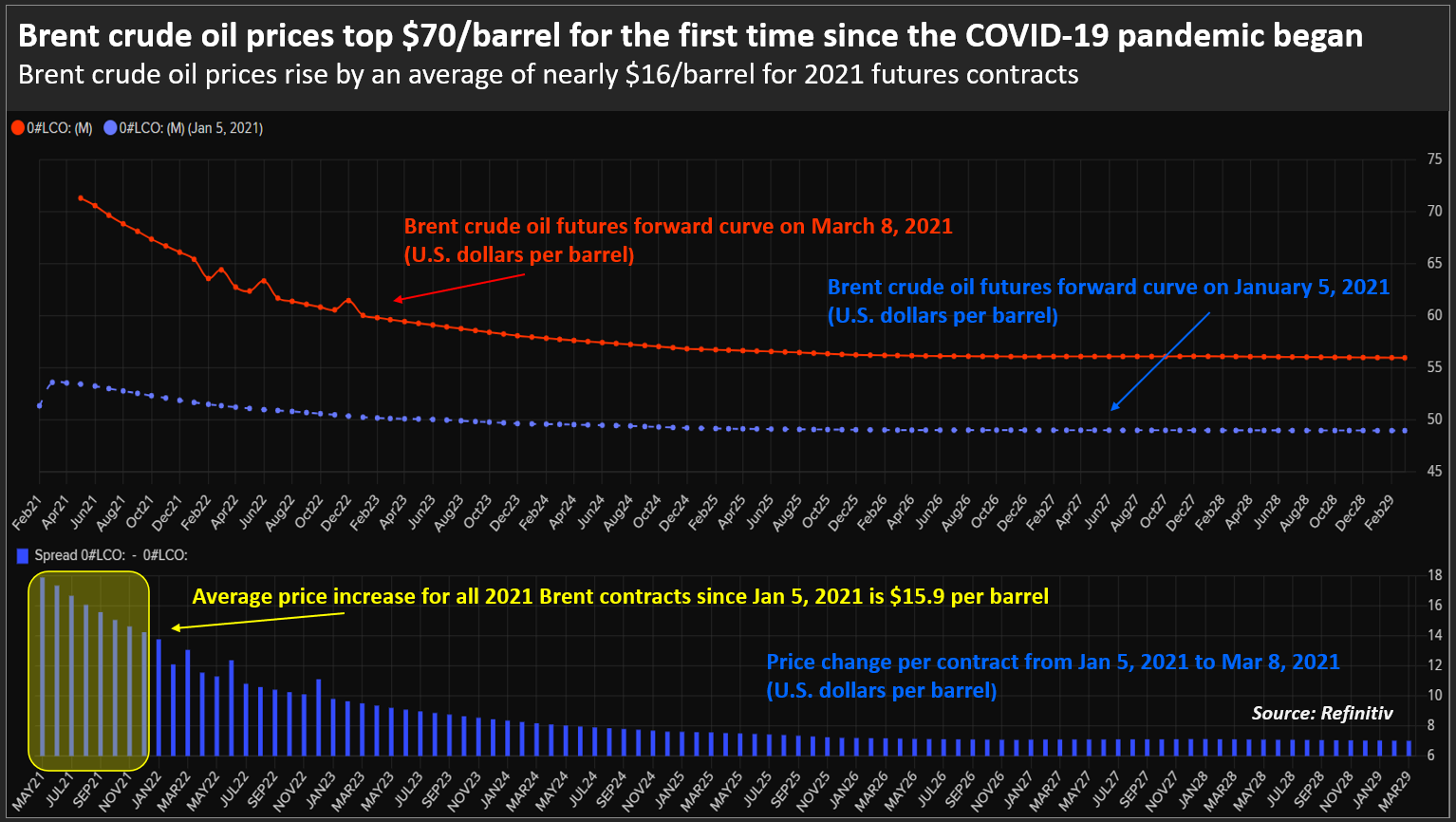 BEIJING/HONG KONG: China’s competition watchdog is adding staff and other resources as it ramps up efforts to crack down on anti-competitive behaviour, especially among...
Read more
World Business News

NEW YORK: Bitcoin rose above $60,000 to approach record highs on the weekend, breaking out of a two-week tight range and propelled by talk...
Read more
World Business News

BERLIN: The European Union has suggested that it and the United States suspend tariffs imposed on billions of dollars of imports for six months,...
Read more
World Business News