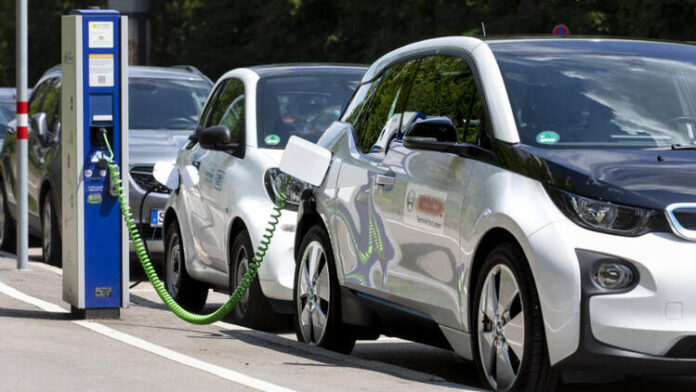 But despite the plans and all the hard work around this policy, importing and registering electric vehicles in Pakistan remains strenuous for Pakistani consumers.

To begin with, the policy itself is being delayed for implementation, according to Shaukat Qureshi, general secretary at Pakistan Electric Vehicles and Parts Manufacturers and Traders Association (PEVPMTA).

According to Qureshi’s version, the policy from EBD not only abolished tax relief but also revoked the import permit that allowed 100 vehicles to be imported. Instead, the policy allowed the import of only 10 vehicles that discouraged many investors from making further investments into promoting electric vehicles in Pakistan.

“In the current situation, large-scale imports and local production of electric vehicles do not seem possible for another three to four years. If the government is serious about this, it should immediately form a separate Electric Vehicles Board.”

However, a senior official from EDB denied Qureshi’s allegations, asserting that the board was, in fact, working to promote EVs.

Asim Jalandhari, an aspirant for electric vehicles, told Profit that he had been waiting for a cheap and good electric car in Pakistan for a long time.

“The fact is that the availability of electric cars around the world is still not as common as that of ordinary petrol and diesel cars and because they are being developed with the latest technology, their prices are also a bit higher,” Jalandhari said.

The total number of electric vehicles on roads all over the globe was 7.2 million vehicles. 47% of these vehicles were in China. There are many low-cost Chinese EVs on the internet such as on the Alibaba platform. Some cars are up for sale at $6,000-7,000 (approximately Rs918,000-Rs1,071,000) on Alibaba. The problem, however, is that though the foreign companies selling on Alibaba would sell you the car, they would only deliver it to the port in Pakistan and this is where all the troubles begin.

The problems start and end with the strenuous processes of taxation, releasing and registering the vehicles at the port. “The process is complex, even if all the FBR rules and regulations and the fee structure are met,” says Jalandhari.

“It is a perception that these electric cars can be easily imported into Pakistan. It is not an easy task. We had launched Chinese motorcycles in Pakistan and we faced a lot of criticism at that time but we aimed to provide a motorcycle to a low-income person as well,” says Omer Ashraf, the CEO of United Auto Motorsports. Umer Ashraf informed Profit that this car cannot be easily imported.

“Similarly, the Sigma Q4 electric car is for a low budget consumer. Because other electric variants in the market, for instance, the BMW or Audi electric vehicles, come with a price tag of Rs200 million. Even at huge costs, these vehicles cannot be taken out of Lahore because of the lack of charging infrastructure. On the contrary, we are offering Sigma Q4 for Rs2 million only we are receiving flak because the price of these cars actually is $6,000 to 7000. The reality, however, is that imported vehicles become expensive because of the duty structure,” adds Jalandhari.

Jalandhari explained that for some electric cars he had imported last year, he had paid 25% in customs duty, 17% in sales tax, 7% in additional customs duty, 3% in additional sales tax and 5.5% in income tax, all on top of the original price of the car. All these percentage additions on top inflate the price multiple times and importing a car into Pakistan simply becomes an expensive proposition.

“It took us six months to import the car. We had ordered these cars in July 2020 but they reached us in Pakistan in November. The cumbersomeness of the processes at ports can be recognised from the fact and it took us two more months to get these cars released from the port. All the demurrages were also borne by us during that time,” explained Jalandhari.

As per Jalandhari’s experience, custom authorities do not have expertise when it comes to electric vehicles and they end up levying arbitrary amounts of duties that not only adds to the cost of the car but also becomes time-consuming since the error redressal process is lengthy.

“Customs authorities have no information on the electric cars. Initially, when we imported these cars, they imposed a duty of 50%. Now it is difficult to justify these to people who still believe that the price of the car is less because they saw that online,” he says.

On the other hand, multiple other charges have gone up because of the Covid-19 pandemic.

“Freight charges, for instance,” says Jalandhari.  Before Covid-19, single container freight would cost $600 and the rate has now gone up to $3,500 for the same container, said Jalandhari, explaining the cost component buildup on importing a car.

“We further have operational expenses relating to providing after-sale service. As more cars come in, after-sales service would become a serious component of our business. And I can tell you that we are not earning a ridiculous profit from the customer. On an Rs2 million car, our profit is only Rs50,000 rupees and from a business perspective, this is not a very good profit margin,” he adds.

Jalandhari further explains that relaxations in taxes on electric vehicles under the new policy are currently only for cars that are being manufactured or being assembled in Pakistan. Whereas the cars that are being imported have to follow the present duty structure.

On the other hand, a senior Pakistan Customs official said that the process of importing the car was seamless as long as the person importing was paying related taxes and duties

“Whenever an EV is imported, we check the vehicle invoice and related data for its import from the internet. To estimate the price of the car, we also look at the actual price on the company’s website. A consumer has to pay 25% in customs duty, 7% additional customs duty, 17% sales tax and 12% withholding tax to clear the import of his electric car. Documents such as vehicle invoices, taxes and duty payments will be required in this regard,” he explained.

Surprisingly, the customs official put the entire blame of the dearth of EVs in Pakistan to the difficult process of registration of these vehicles.

Registration of EVs is indeed an onerous undertaking and a survey conducted by Profit revealed that many electric vehicles owners have expressed their concerns and complained to the government of the stressful car registration process.

Aamir Shakeel, an Audi e-Tron customer, believed that the government had promised a lot of tax exemptions and incentives to facilitate electric vehicle users, but failed in executing them.

“Currently, the biggest problem facing EV users is registration,” Aamir said. “Under normal circumstances, vehicles have to go to the excise office for registration and depending on the car’s engine, the vehicle is registered after paying various taxes, including annual or lifetime tokens. The cars can be put on the road seamlessly,” he said.

“Not electric vehicles, however,” Aamir resented.

The problem with registering electric vehicles in Pakistan is that your normal petrol or diesel cars are categorised according to engine size, also identified as ‘cc’ in technical parlance. However, electric vehicles do not have engines. They instead have motors and their power is determined based on the size of the battery and various other aspects.

It is due to these technicalities that officials that are trained to categorise cars according to their engine powers are faced with a different situation, for which they are not even trained, alleges Aamir. “Consequently, Excise, Taxation and Narcotics (ET&NC) department charge different registration amounts from different individuals. In my case, ET&NC Lahore told me that for registration of my vehicle, I was required to pay Rs975,000.”

ET&NC Additional Director General Rizwan Sherwani admitted that EV owners are facing many difficulties from the point of view of registration, told Profit that in the past, Pakistan did not have any policy or law regarding the registration of EVs.

“However, three months ago, ET&NC formed a committee and I was the convener of this committee. The purpose was to provide recommendations regarding concessions on EVs registrations fee and token taxes,” he said. “However, we have recommended that the registration fee for EVs registered in the first two years be reduced by 25 to 50 per cent and token tax fees should also be reduced by 50 per cent,” he added.

“We have sent these recommendations to the government and our proposal has been incorporated in the forthcoming Punjab budget,” said Rizwan.