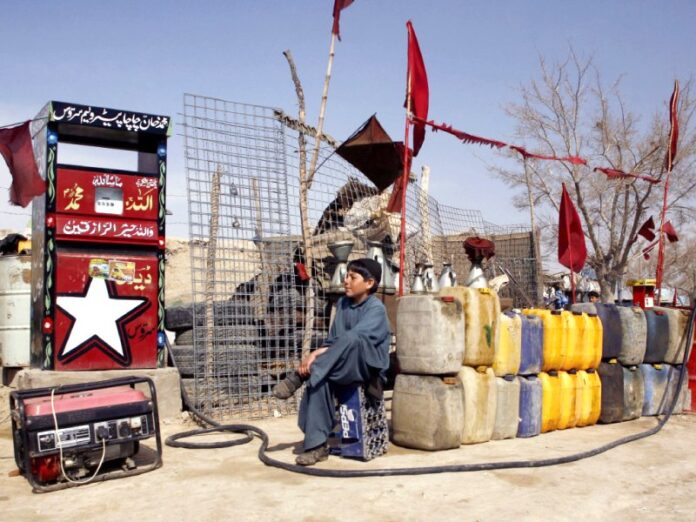 ISLAMABAD: Pakistan is bearing an annual loss of Rs240 billion due to the smuggling of Petroleum products, according to the Petroleum Commission’s report which was made public on Tuesday after the federal cabinet’s approval.

The report states that the net loss of revenue on the seized product is around Rs48bn in one year as the government is collecting Rs36.27 sales tax, petroleum levy as well as customs duty on one litre MS and Rs47.22 on HSD.

However, the commission is of the opinion that the seized quantity is only 20 per cent of the actual smuggled amount.

The petroleum commission report stated that the business of smuggled product is thriving as it offers a far handsome profit as compared to the margins allowed under the official pricing mechanism.

The commission revealed that 486 filling stations were identified across Pakistan and some of them had monthly MS purchases as high as 600,000 litres but no purchase of HSD.

It can safely be deduced that HSD is being smuggled inside Pakistan in a larger quantity than MS based on the figures provided by the FBR authorities.

The assessment of loss to the government exchequer and the economic impact through this mode of smuggling is difficult to assess; however, the Commission would strongly recommend a deeper probe with respect to the dubious functioning of BYCO Refinery, the document stated.

When the Oil and Gas Regulatory Authority (OGRA), on the complaint of Atlas Honda, took samples from PSO, Shell and Total fueling stations, it emerged that 54mg against the standard 24mg of manganese was being added to each kilogram of cheap fuel to enhance its quality.

The Commission in its recommendations pertaining to smuggling as well as adulteration stated that the government must sensitize the Frontier Corps (South) to take strict measures at the Pakistan-Iran border to curb such colossal evasion of taxes.

“Likewise, the smuggling through sea route goes on as only in the month of July 2020, two huge shipments of Iranian contraband oil were apprehended on the information of international agencies,” it read.

“In this regard, Pakistan Coast Guards assisted by Pakistan Customs have to play their effective role and they may be directed as such,” the Commission recommended. Moreover, the commission further said that the government must set up additional quality control laboratories across the country.

“There is also a dire need for mobile testing units,” the report noted, adding that In coordination with the district administration, such units should routinely check the quality of petroleum products in retail outlets and depots in their area of jurisdiction to curb this menace.

May 15, 2021
ISLAMABAD: Shops will be able to stay open until 8:00 pm five days a week when they reopen on Monday, the government announced on Saturday. The...