Broken container ships and supply side issues, what is happening in the world of commodities?

Both in Pakistan and worldwide, commodities are in a flux 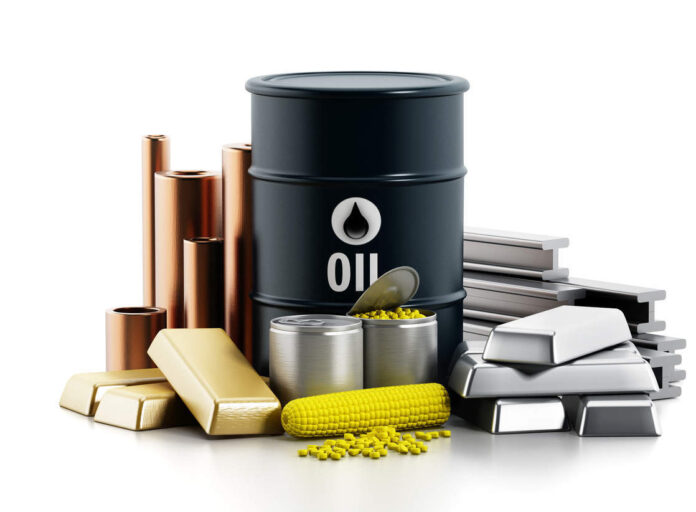 The report highlighted six key areas that had been affected. The first was oil, of which prices increased 6% month-on-month in March 2021, averaging at $65 a barrel. Why? First, a supply crunch courtesy the cold weather in the second half of the previous month in the United States. Then, there was a 1 million barrels per day cut in crude oil production during February 2021 and April 2021. It doesn’t help that a container ship decided to collapse in the Suez Canal (spawning thousands of memes and hilarity), and also disrupting global trade. That being said, Saudia Arabia recently announced it would increase its output gradually over May 2021 to July 2021, which would keep a cap over global crude oil prices.

Conversely, oil demand could be hurt due to the third wave of coronavirus and subsequent lockdowns, particularly in EU countries. A slow roll-out of vaccinations in the EU compared to the US and UK, and the potential of new emerging variants, could also affect oil demand.

Meanwhile, coal prices have risen globally, mostly due to massive supply chain disruptions. For instance, the supply from Australia tightened after floods in Eastern Australia impacted operations and resulted in shipments being delayed. The delays come at a time when demand from India is expected to ramp up as stockpiles are built before the monsoon season.

“Moving forward, economies coming back online will continue to provide steam to coal prices particularly as vaccination continues at a fast pace. However, easing out logistical issues can impart downward pressure on prices.” the report noted.

According to the report, even though local cement prices were increased by Rs45-50 per bag to pass on the impact of coal prices, if coal prices sustain high ground, prices will need to be further increased in order to pass-on the impact. According to AKD Research, the increase in coal prices affect Pioneer Cement the most, while Maple Leaf Cement Factory is least affected.

What about cotton? International cotton prices ended March 2021 on a low note, with international cotton prices receding towards December 2020 price levels,  after hitting their highest in February 2021 of $98.5/lbs in about two years. Meanwhile, on the domestic front, prices have soared to Rs12,518/40kg. or 10.37% month-on-month. This is opposite from global prices, but still: prices seem to have started to recede in the last week of March 2021 because of thin trading volumes and a delay in abolishment of ACD and RD synthetic yarns. “Going forward, crop quality concerns and fear of lockdown of third wave of COVID-19 are key sources to keep prices flat or in attrition.” the report said.

As for fertilizers, their prices continued to increase in March 2021. Global DAP prices averaged at $580/MT in March’21, up 86% year-on-year and 14% month-on -month. Because 60% of fertilizer consumption in Pakistan is imported, this naturally means an increase in local prices (local DAP price is at Rs 5,600 per bag). It doesn’t help that there is a regional supply chain disruption, which is leading to continued upsurge in local DAP prices. “FFBL, the only local DAP producer may continue to capitalize on the supply shock in upcoming months, given the gas availability situation improves,” the report said.

What about scrap? That has to do with China: the country lifted its ban on imports of metal scrap, leading to a surge in demand and prices. International scrap prices have increased by 7.6% month-on-month in March 2021 to average at $445.5/mt compared to the last six month average of $387.2/mt. Demand has also increased because of a change in raw material mix:there has been an active effort to substitute pig iron in iron and steel making in China due to the decarbonization program.

“Moving forward, we expect medium term demand for scrap to remain upbeat as Chinese players looking to enhance EAF capacities due to the decarbonization campaign in China and in Europe,” the report said.

Finally, food commodities. The FAO index is at its highest level since June 2014, mostly on account of an increase in demand for vegetable oils, meat and dairy. International palm oil prices recorded their 10th consecutive monthly increase as concerns over tighter inventory levels coincided with the gradual recovery in global import demand. There has been a surge in international butter prices consequent to tight supplies in Europe and anticipation of robust food service recovery, There has also been an increase in poultry and pig meat quotations due to higher imports by China and consumption by Europe.

Ahmed Munaf, a self proclaimed activist investor, has made the Lakson Group turn its head and pay attention to its packaging business
Read more