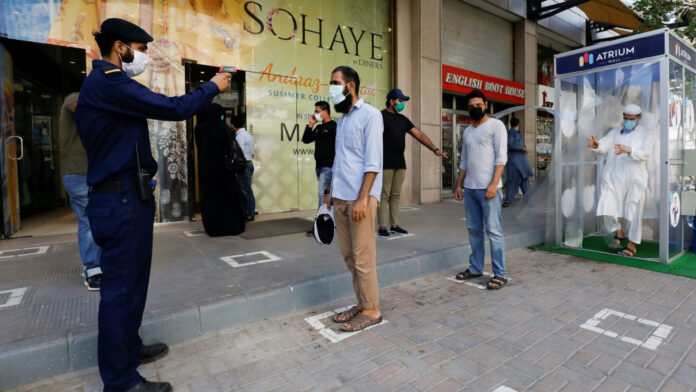 ISLAMABAD: Opposing the Covid-19 related restrictions that have been extended to May 23, the business community on Sunday called upon the government to withdraw them immediately to save the businesses from further losses.

During a meeting held here by the members of Islamabad Chamber of Commerce and Industry (ICCI), traders said lockdown has badly damaged business activities across the country and demanded ease in restrictions on business timings.

Talking to media after the meeting All Pakistan Anjuman-e-Tajran (APAT) President Ajmal Baloch and Traders Action Committee Islamabad (TACI) secretary general said that the government should compensate the business community for the loss caused by the lockdown before Eid by announcing a reduction in shop rent, income tax exemption and revocation of trade licenses.

Baloch added that the ICT administration had announced that coronavirus infection cases were at their peak at the start of month, due to which the business activities were not allowed. “But the rate of infection in the twin cities was less than 5 per cent,” he said, adding that it was because traders had complied with SOPs.

He announced that the business community will continue to abide by the SOPs but the authorities needed to show a flexible attitude as well.

Ajmal Baloch said that due to previous lockdowns and restrictions, businesses had already suffered huge losses while the government had not provided any compensation to them.

He said the closure of businesses would render thousands of people jobless; therefore, the new restrictions should be withdrawn.

They said the government should form a new strategy against the pandemic by taking the business community on board.

ICCI former senior vice president, Khalid Chaudhry, said that it was unfortunate that stakeholders were being ignored.

He demanded that restaurants and wedding halls, hotels, motels, public parks, gyms and clubs be opened and traders be spared from abuse and humiliation. “We should not be forced to protest,” he added.

It may be recalled here that the National Command and Operation Centre (NCOC) on Saturday has decided that market activities would resume with effect from May 17; however, all markets and shops will close by 8pm while indoor and outdoor dining at restaurants would remain closed.

Similarly, public transport services will be reopened with 50pc passengers while educational institutions across the country closed till May 23.

The NCOC will meet again to overlook the virus situation on May 19.