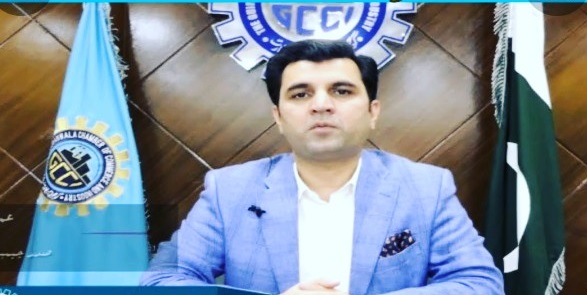 ISLAMABAD: Gujranwala Chamber of Commerce and Industry (GCCI) President Umar Ashraf Mughal on Sunday said that the Lahore-Gujralwala Motorway, costing Rs6 billion, will play a vital role in connecting the local industrial zone to the rest of the industrial cities of the country with highways and other routes.

He said that Gujranwala and Sialkot, the two biggest industrial cities of the country, would also be connected with the completion of this motorway, which would be mutually beneficial to the industrial units at the local level.

Mughal said that Gujranwala has huge potential for light and heavy engineering goods at local level which can increase domestic exports.

He said that by increasing production in the engineering goods and steel industry in Gujranwala, “we need to attain the objective Ease of Doing Business (EODB) for lowering the cost of doing business to achieve competitiveness in the international market.

“Modern machinery and high-tech labor can also increase our industrial production, which is likely to increase employment opportunities at the local level,” he said, adding that the city has huge potential to boost local industrial growth, which could also improve the country’s economy.

He said that engineering goods currently account for 51 per cent of global exports, where there are huge opportunities to grow our exports.

About Gujralwala’s auto industry, he said locally manufactured auto-rickshaws and motorcycles are exported to foreign markets, especially to African countries at present and hoped for its growth as well.

The GCCI president said that with the support of the government by other facilities, the local industry of Gujranwala can give Pakistan a prominent position in the world in terms of exports.

It is pertinent to mention that during a visit to GCCI in August, Adviser to Prime Minister on Commerce and Investment, Abdul Razak Dawood had appreciated the performance of local industries and said that Gujranwala could gain a prominent position in the export of engineering goods in coming years through increasing the productive manufacturing in engineering and other automobile good.