IMF says still no decision on whether Georgieva keeps her job 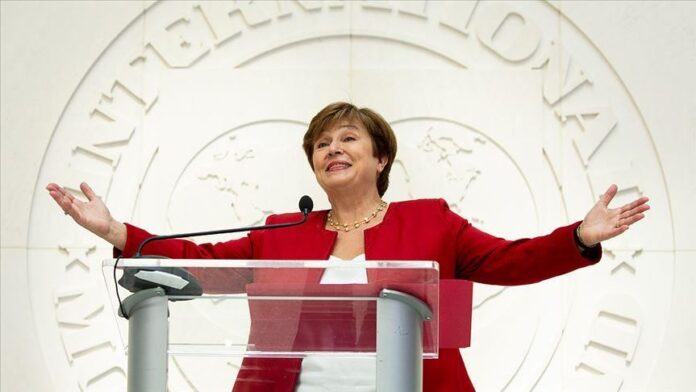 WASHINGTON: The International Monetary Fund said Sunday it still hasn’t reached a decision on whether its embattled chief Kristalina Georgieva will keep her job.

The lack of clarity over her future comes with the IMF and the World Bank set to began their fall meetings on Monday.

An investigation by a law firm has concluded that Georgieva manipulated data in favor of China while in a senior role at the World Bank. The IMF board met again with representatives of the firm, WilmerHale, and with Georgieva over the weekend.

The board said in a statement published late Sunday that it made “further significant progress today in its assessment with a view to very soon concluding its consideration of the matter.”

It added: “The Executive Board has consistently expressed its commitment to a thorough, objective, and timely review.”

The law firm found that Georgieva along with her associate Simeon Djankov, a former Bulgarian finance minister who created the report, and Jim Yong Kim, then-president of the World Bank, pressured staff to change the calculation of China’s ranking to avoid angering Beijing.

The push came while bank leadership was engaged in sensitive negotiations with Beijing over increasing the bank’s lending capital.

Georgieva has repeatedly denied the report’s conclusions and there was no immediate reaction from her on Sunday.

In an opinion piece published late September in Project Syndicate, an online media outlet, Nobel laureate and former chief economist at the World Bank Joseph Stiglitz called the efforts to impeach Georgieva a “coup” and the WilmerHale report “a hatchet job.”